August 28th, 2010, was a nice day to explore a couple Lenawee County, Michigan, locations for odes.

Tecumseh has a variety of great locations in/near the Raisin River.

My first targets were the gliders (Pantala sp.) so I checked the open field area that is scheduled to be a housing subdivision along the west side of Red Mill Pond. Fortunately for the flora and fauna, the subdivision construction has been stalled (due to the poor economic times?). The field contained a good variety of native plants. Monarchs were on the move and I was able to tag several while searching for the dragonflies. Common Green Darners (Anax junius) and Black Saddlebags (Tramea lacerata) were in the air overhead. 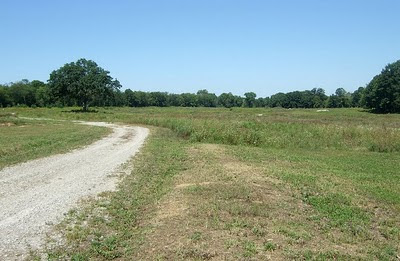 I found a female Band-winged Meadowhawk (Sympetrum semicinctum) perched on a small shrub: 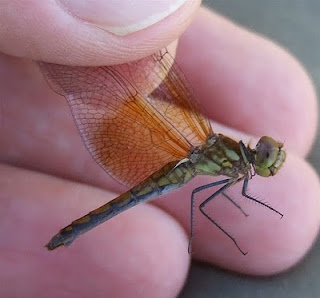 Eventually I found a couple Wandering Gliders (Pantala flavescens). Here is a female and the first for the database: 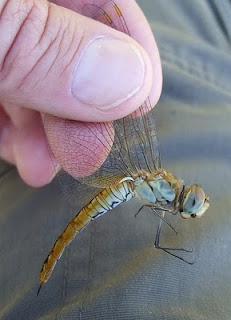 I decided to check another location a bit west before returning to another Tecumseh location. Bicentennial Woods is a county park along Tipton Highway with old growth woods and a small waterway named Black Creek running through it. 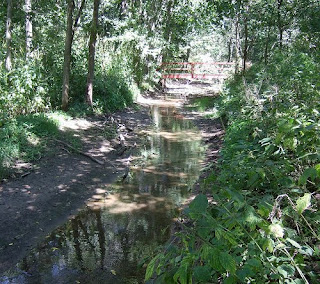 In past years, we've observed Fawn Darners (Boyeria vinosa) along the stream and I thought it would be good to check again. Upon arriving at the creek's bank, a Mocha Emerald (Somatochlora linearis) was flushed from the nearby vegetation. A few more individuals were found in/near the sunlit portions of the creek. Here is a male and the first for the database: 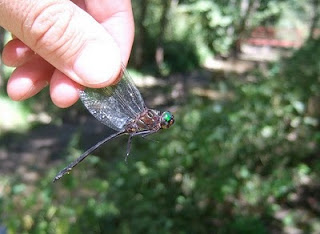 One female Fawn Darner (Boyeria vinosa) was observed ovipositing along the creek.

Male Lance-tipped Darners (Aeshna constricta) were patrolling the edge of the woods: 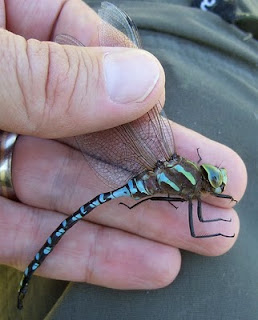 Returning to Tecumseh, I visited Indian Crossing Trails Park along the Raisin River below Standish Pond. This area typically provides views of many interesting odes:

- Fawn Darner (B. vinosa) = A female was observed ovipositing on downed trees along the river. 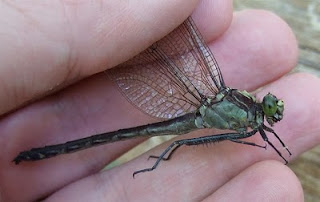 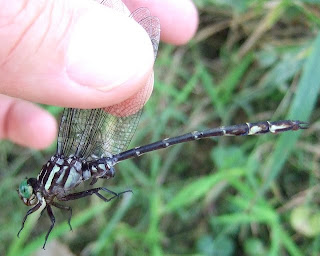 - Illinois (or Swift) River Cruiser (Macromia illinoiensis) = A couple males patrolled the river below the dam, but I couldn't capture either of them for a county first.

I'll need to return in the future to search for more gomphids along this area of the Raisin River.

... Lenawee County has many more species to find.
Posted by Darrin OBrien
Email ThisBlogThis!Share to TwitterShare to FacebookShare to Pinterest