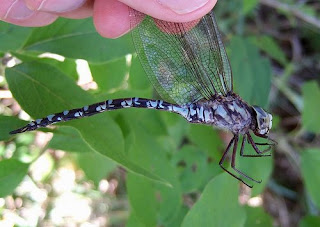 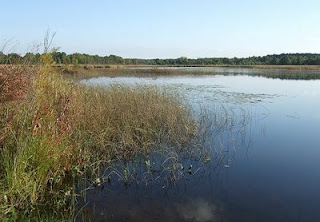 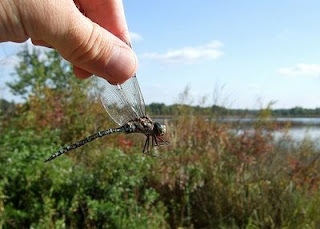 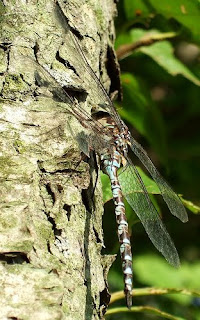 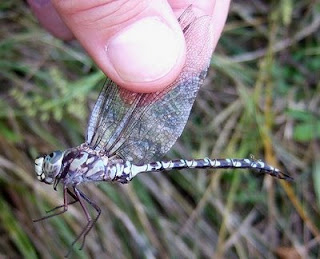 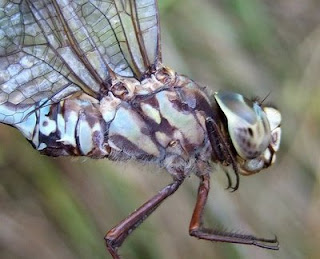 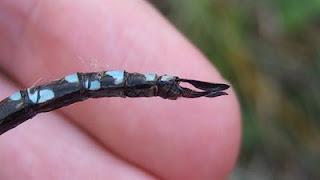 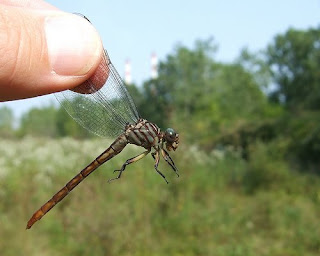 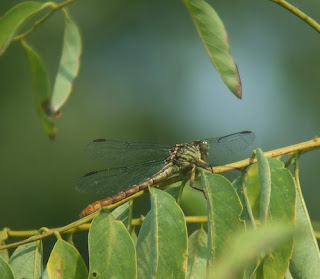 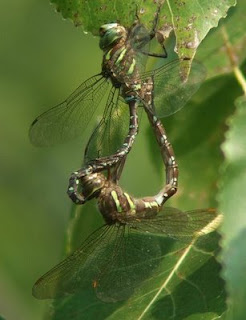 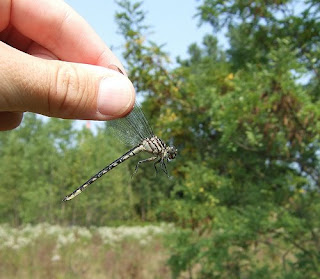 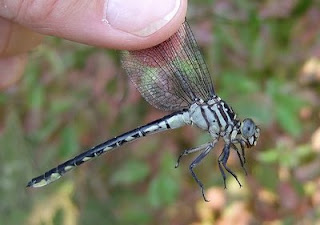 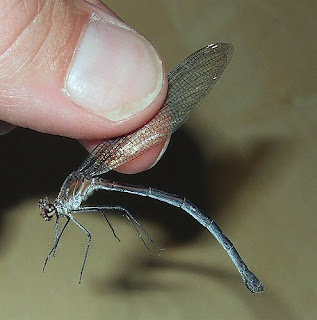 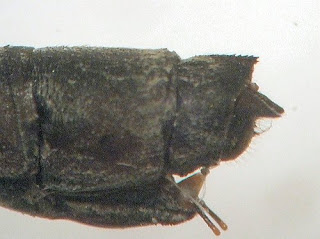 Smoky seems to prefer larger rivers and streams than American. The similarity of the females of both species, and the later flight period of Smoky might indicate they are overlooked in Michigan, but this is probably fairly close to the northern limit of its range. Considering we have never recorded American Rubyspot at Humbug, or any location along the Detroit River, this Smoky Rubyspot was an unexpected find!
Posted by JAC 3 comments
Email ThisBlogThis!Share to TwitterShare to FacebookShare to Pinterest

In the River Raisin

Today I took advantage of low water levels due to the lack of rain this summer and visited one of my favorite rivers in southeast Michigan. The River Raisin flows through Indian Crossing Trails Park in Tecumseh and has great access for dragonflies. The low water level makes it easy to access much of the river in the park.

I was hoping for dragonflies that haven't been recorded or confirmed in Lenawee County such as clubtails, darners, or river cruisers. I wasn't disappointed.

As soon as I scanned the first sunny stretch of river, a dragonfly landed near my feet with prey. This was a female Black-shouldered Spinyleg (Dromogomphus spinosus). The photo below illustrates the reasons for its name. 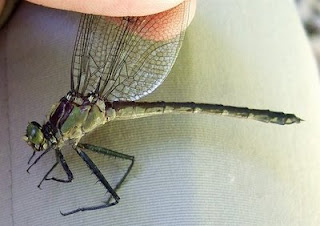 I found a couple more individuals along the river such as this female resting on a downed tree. 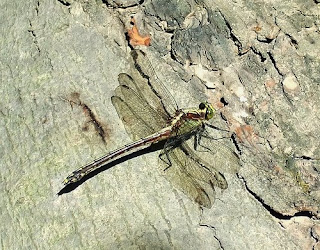 I walked a good distance (~3/4 mile) downstream and found several Fawn Darners (Boyeria vinosa) along the way.
Here's a male: 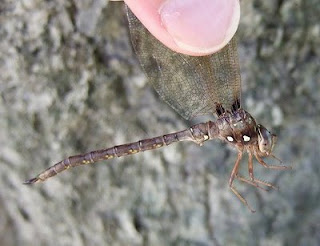 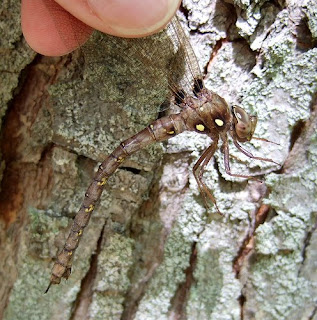 At one point, I was able to witness a male couple with a female, then fly up to a tree in a wheel. 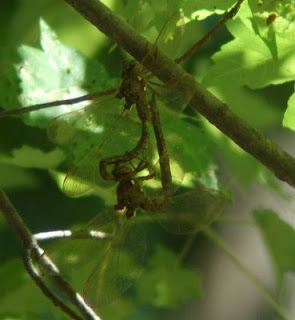 Then a bit later, I found a female laying eggs along the river. The female is in the middle of the picture on the smaller diameter branch. 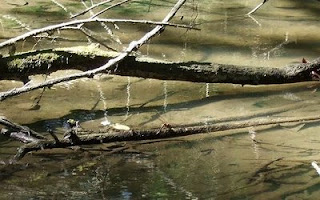 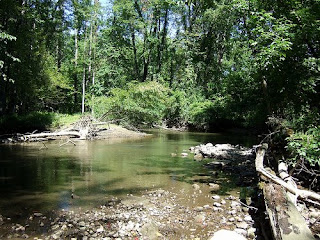 Individuals of all of the species pictured in this post were seen at this location, plus a few damselfly species.
One interesting find was a female Band-winged Meadowhawk (Sympetrum semicinctum). Typically, we tend to find these near small, overgrown streams. 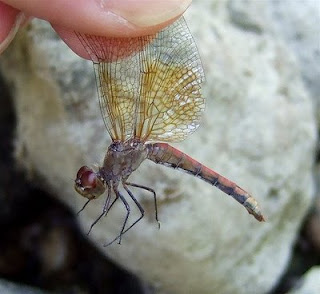 One of the targets for the day was to find Stylurus species. Earlier in the morning I believed I had seen one flying between the sun and shade, but then convinced myself that I had mistaken a spinylegs. While checking one last sunlit area, a Stylurus flew past. Waiting patiently, I was eventually able to snag him during one of his many passes up and down the river. This was a male Arrow Clubtail (Stylurus spiniceps) and a new species for the county. 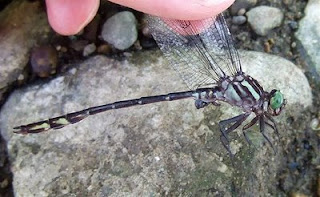 Upon returning to my car, I did a quick scan of the pond for darners or river cruisers and spotted some green eyes over the water. This river cruiser looked liked it may have been an Illinois River Cruiser (Macromia illinoiensis), but I'll never know for sure since it was too far out to catch for an examination. Regardless of the Macromia species, this would have been new for the county too.

It was great to confirm the first Stylurus for the Lenawee County, but there are more late season odes to be found. However, these will have to wait until next year since I may not make it over there again this month.
Posted by Darrin OBrien 3 comments
Email ThisBlogThis!Share to TwitterShare to FacebookShare to Pinterest
Newer Posts Older Posts Home
Subscribe to: Posts (Atom)
Give the Gift of Amazon Prime