Who would think that we'd have 70 degrees F during the first week of November in southeast Michigan? This prompted me to get out during lunch periods to look for late odes and I wasn't disappointed.

Monday, November 3: I was searching for Rusty Blackbirds in the wet woods of Lakeshore Park in Novi (Oakland County). A nearly dry pond allowed me to walk around the area. Initially there were a couple of Autumn Meadowhawks (Sympetrum vicinum) flitting about and I soon realized there were several pairs of spreadwings (Lestes sp.) coupled and laying eggs on cattails. 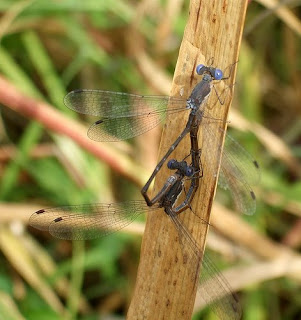 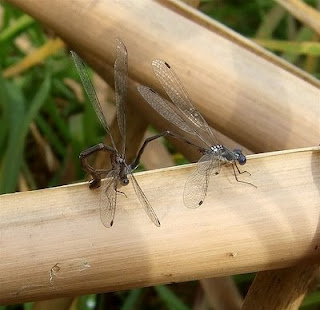 Tuesday, November 4: I decided to make another attempt to find Great Spreadwings (Archilestes grandis) at the only known location in Michigan. Nannothemis and/or myself had made a few checks earlier in the season and feared they weren't present in the Livonia location this year.

Initially I found a male Fragile Forktail (Ischnura posita) which represented a new late date for Michigan. The previous late date was October 16. There were two males and two females present. Here's one female: 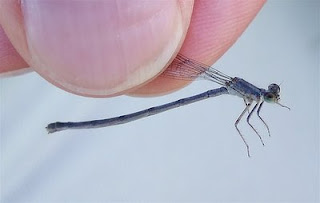 Within minutes a female Great Spreadwing (A. grandis) landed in front of me. Not only did I confirm their population was still present but it represented a new late date for Michigan. The previous late date was October 16. There were two or three males and one female present.
The female: 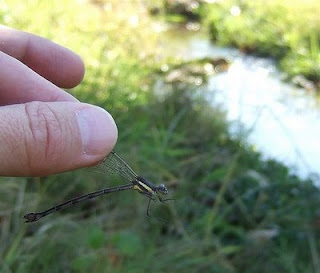 Here's the last male I observed: 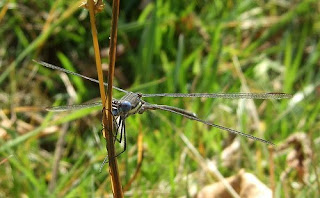 Also present was one male Autumn Meadowhawk (Sympetrum vicinum). Not a late date but getting close to the record of November 13.

I doubt I'll find any further late dates this year since a cold front will arrive in the next day and we'll return to typical November weather with highs in the 40s (which doesn't normally include flying insects).
Posted by Darrin OBrien 4 comments
Email ThisBlogThis!Share to TwitterShare to FacebookShare to Pinterest
Newer Posts Older Posts Home
Subscribe to: Posts (Atom)
Give the Gift of Amazon Prime