I carried a net while counting birds for the May 10 International Migration Count in western Washtenaw County on private property.  The habitats included open fields, the River Raisin, a marsh, and vernal pools.

Breezes picked up by the time we arrived midday and we didn't find any dragonflies in the open areas.  While walking up a path through a transition area between the marsh and an upland pine grove, Julie spotted a Painted Skimmer (Libellula semifasciata) flit past and land. This female is only the 2nd specimen for the county and the 13th for the state.  The previous county voucher was also a female and found in 1936. 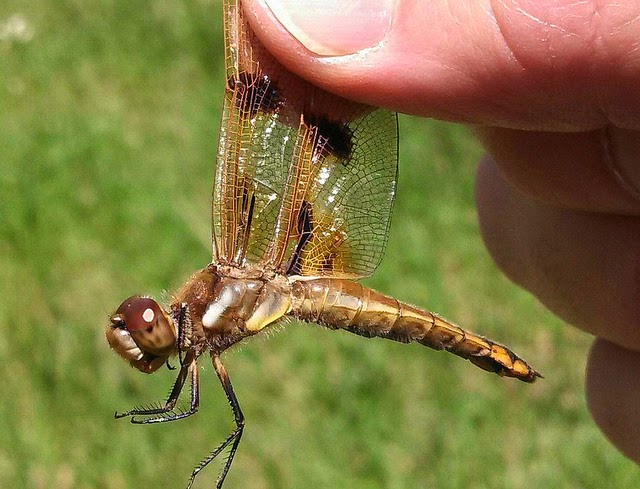 While looking for sparrows in a hayfield, I flushed one or two Common Green Darners (Anax junius).

Julie was checking out an old Hawthorne grove and in a clearing a young, female Springtime Darner (Basiaeschna janata) was found flying about. 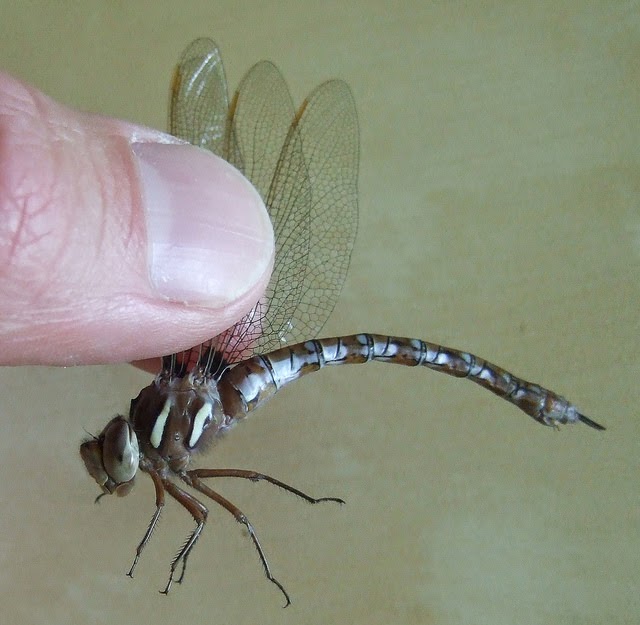 ... and the grassy opening it was working 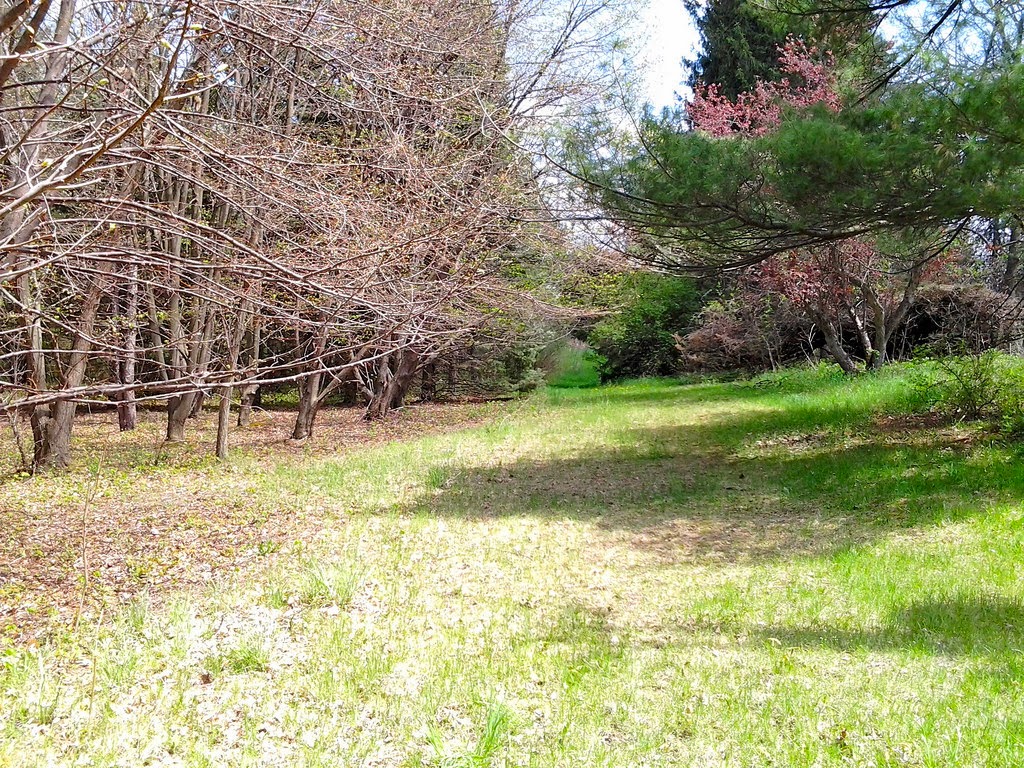 Upon returning to the farmhouse, I spotted a small dragonfly in another grassy opening. 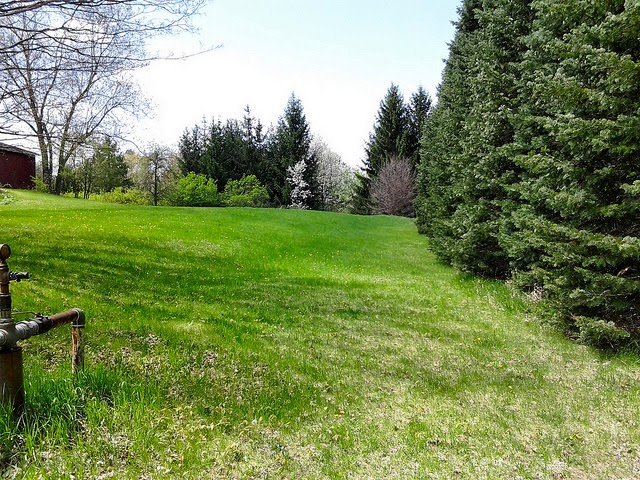 I was expecting a baskettail (Epitheca sp.), but it appeared a bit smaller.  Once in the hand we found it to be a young, female whiteface (Leucorrhinia sp.).  Once at home, we were able to confirm its identity as a Frosted Whiteface (L. frigida) based upon the shape of the subgenital plates. 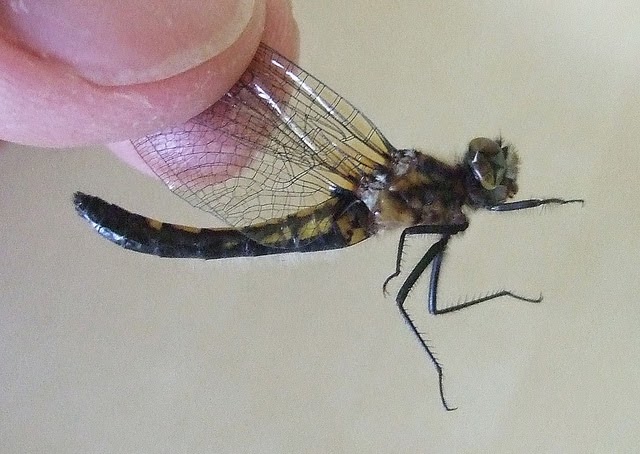 This appears to be the earliest date for an adult voucher in Michigan by seven days.

Not a bad outing considering that we weren't fully expecting to find dragonflies during the bird count.