1st stop = A swarm of mosquitoes and rain

Snake Rapids along the Net River

June 12th, the day called for rain most of the morning so I decided to scout for locations to check if/when the weather improved.  I saw this location noted in my gazetteer and saw a sign near Amasa giving a distance of several miles from the main road.   Some trout fishermen I saw later were surprised I made it to the river in my car since the road must normally be in bad shape.  This side road looked to be recently graded so travel was fine in my car.  There are many roads that connect to the Net River Road so I was never sure if I was going the right way until I arrived.  A couple of nice sightings were made on my drive to the river:  a Black Bear lumbered off the road about 1/2 mile from the boat launch and a Connecticut Warbler was singing a bit further away.

I was pleased to see the sign when I arrived: 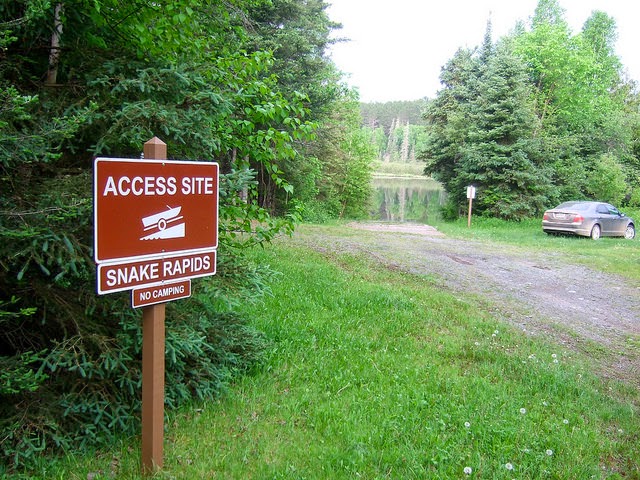 View of the lake below the rapids: 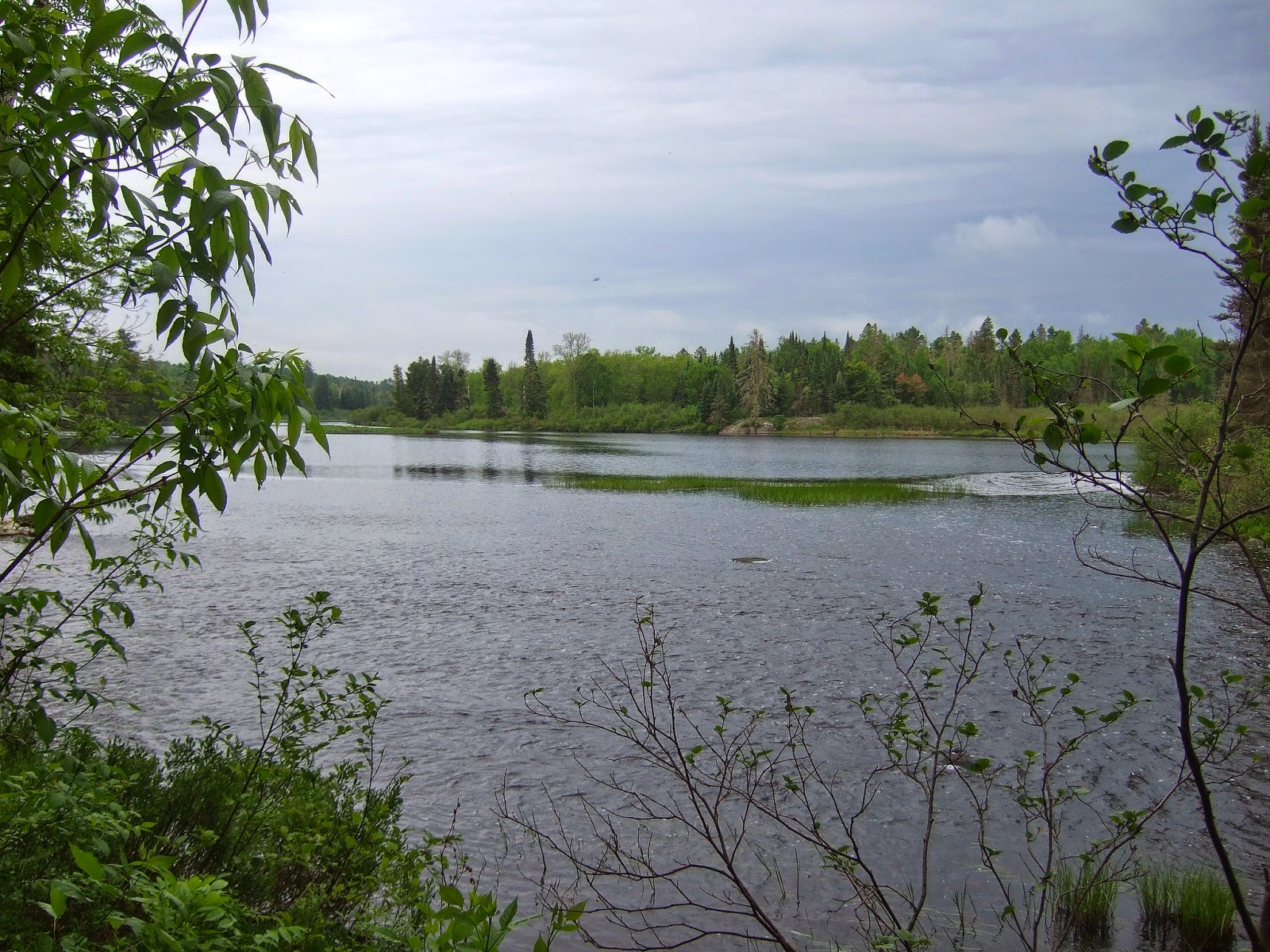 The rapids themselves looked great for some wading and dragonfly searches on a dry weather day. 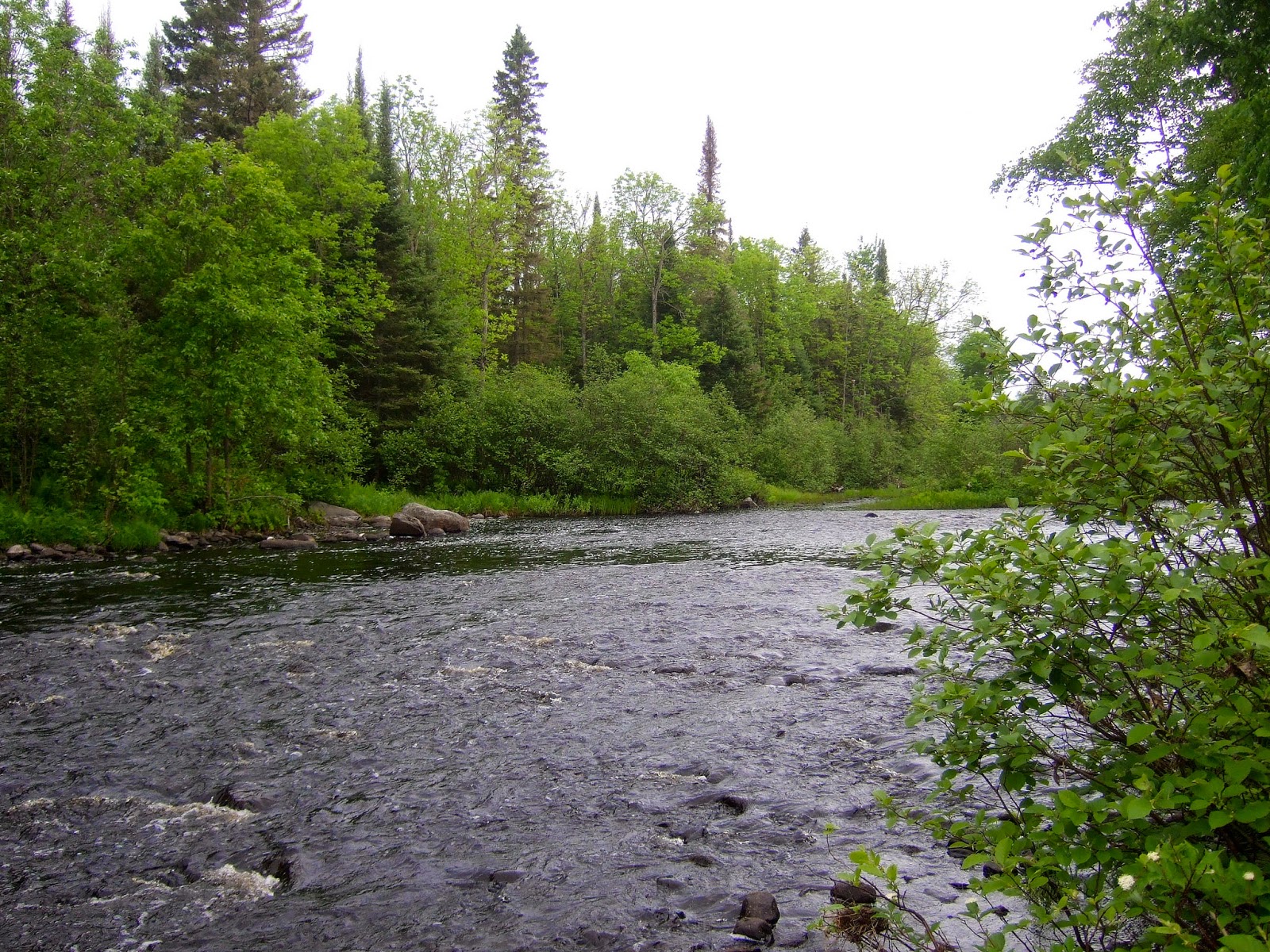 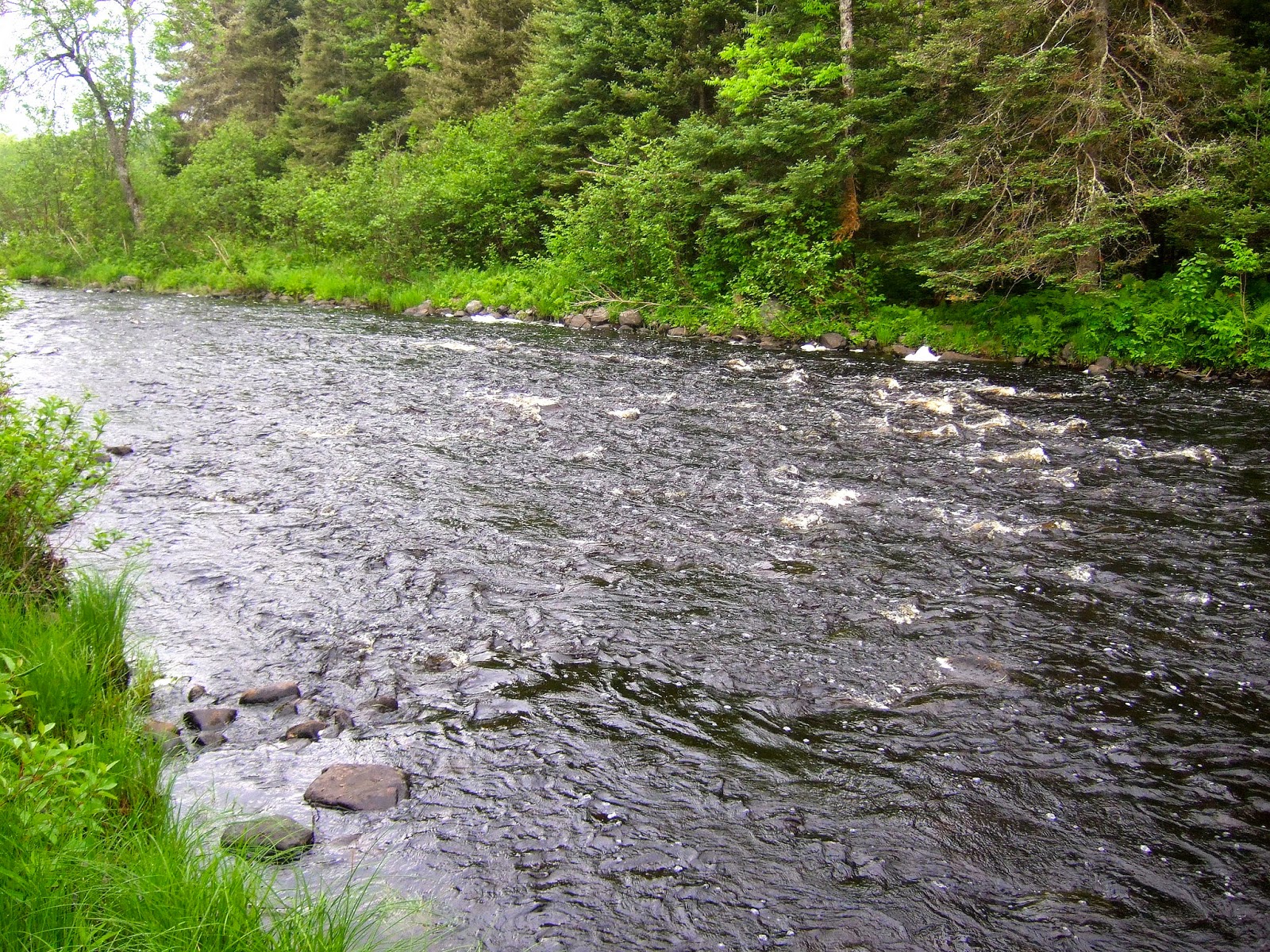 Looking back towards the lake / boat launch area: 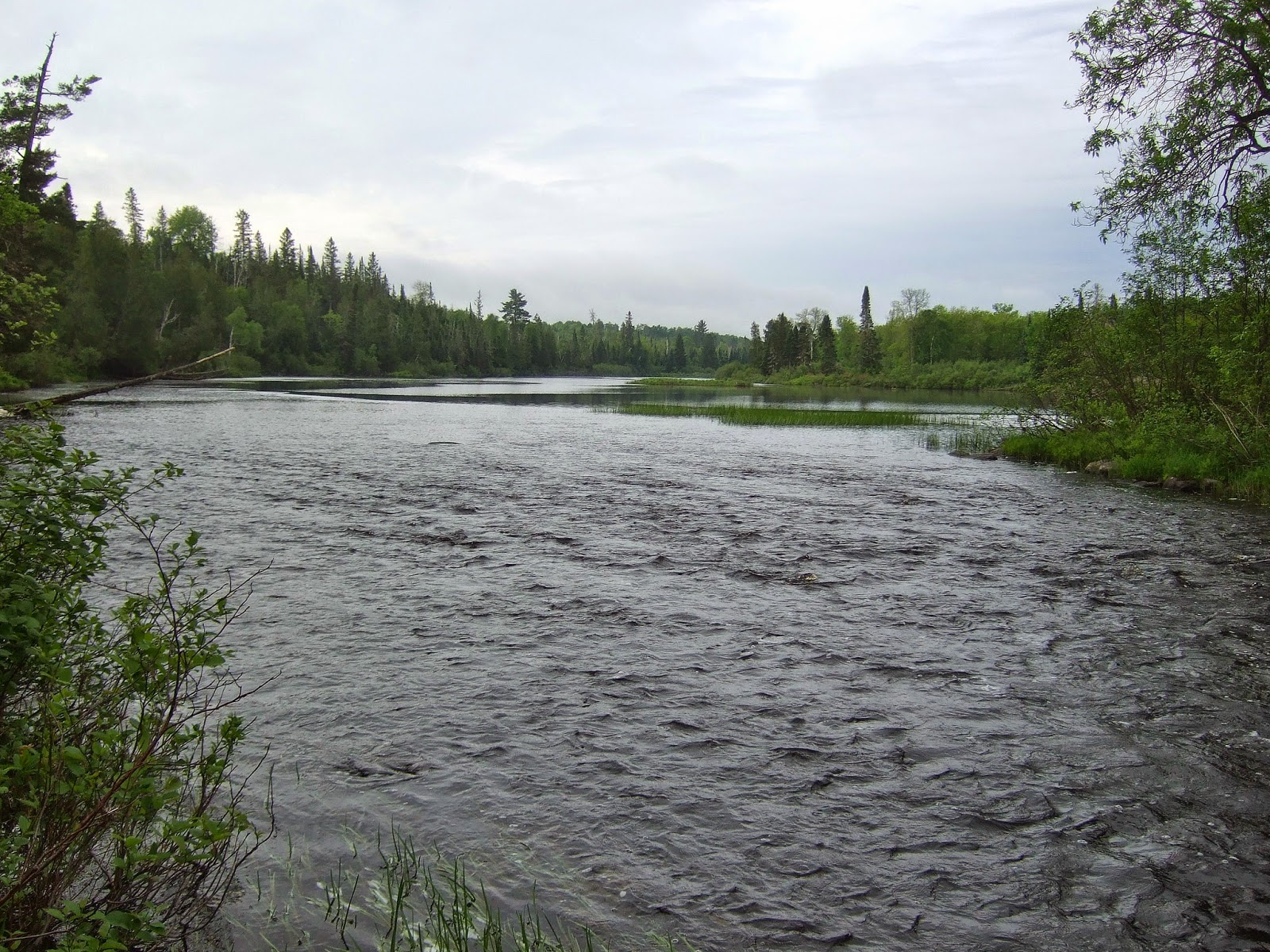 During the rain, I found several exuviae along a log at the edge of the river. 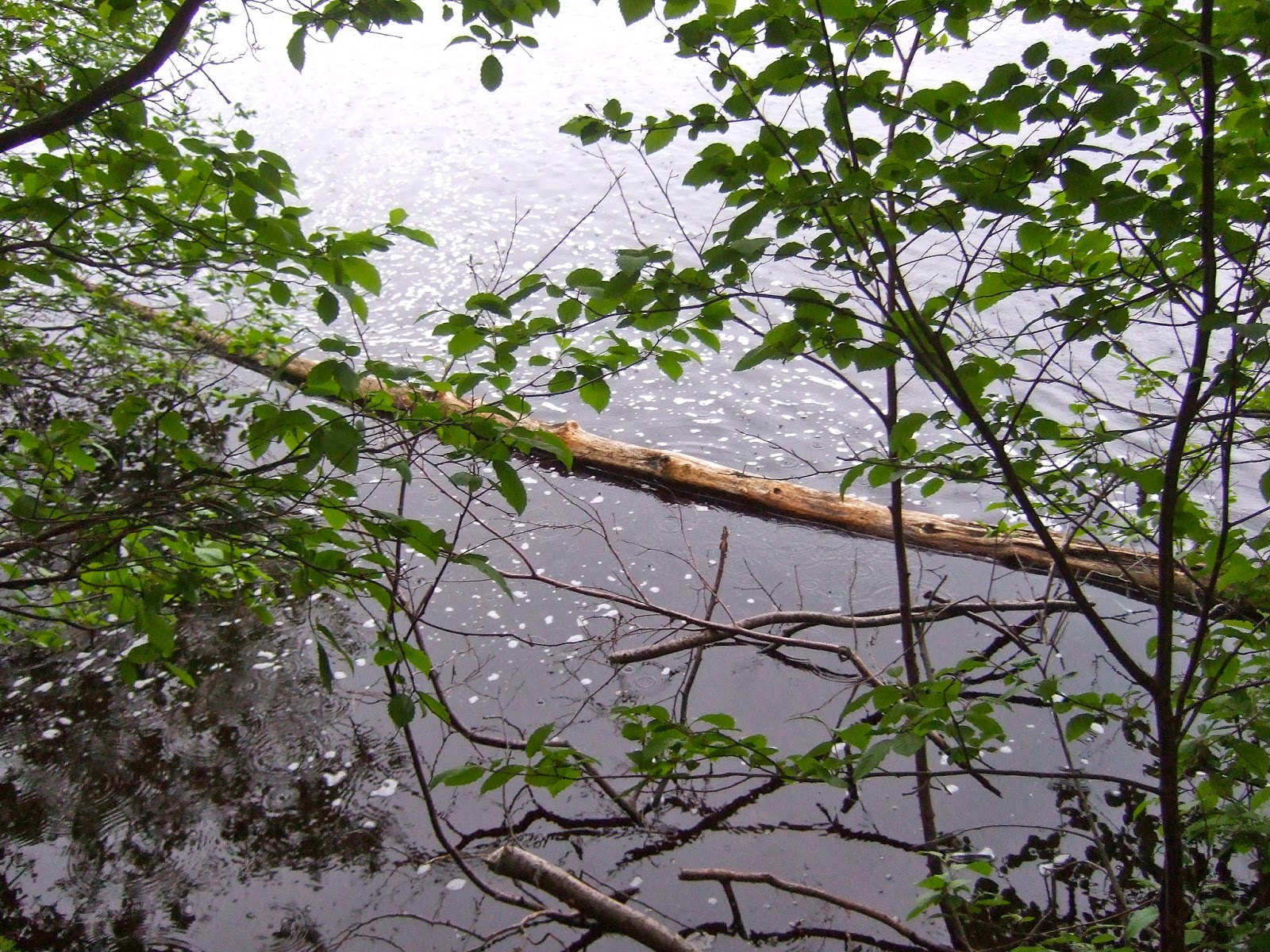 Surprisingly, this included one of my target species for the trip with one female Riffle Snaketail (O. anomalus). I believe this is a new river system to confirm this species' presence.  The others were also snaketails (O. rupinsulensis or carolus).

To access the log in the picture above, I had to go back to my car to put on my water shoes since I needed to wade in knee-deep water.  While changing my shoes at the car, the swarm of mosquitoes filled the interior. 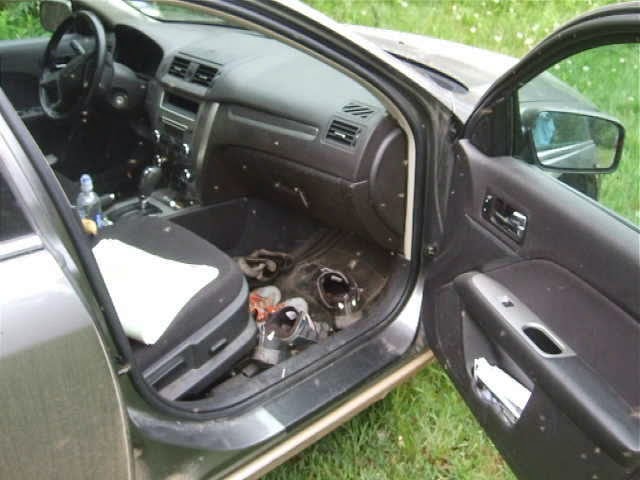 It took me a day and a half to eventually get the little biters out.  It is annoying to be swatting mosquitoes as you're driving down the road, while others are sitting on the dashboard filled with blood.  That may have been the thickest swarm I have experienced.

However, this location looked spectacular and another visit is deserved in the future, with good weather.
Posted by Darrin OBrien 0 comments
Email ThisBlogThis!Share to TwitterShare to FacebookShare to Pinterest 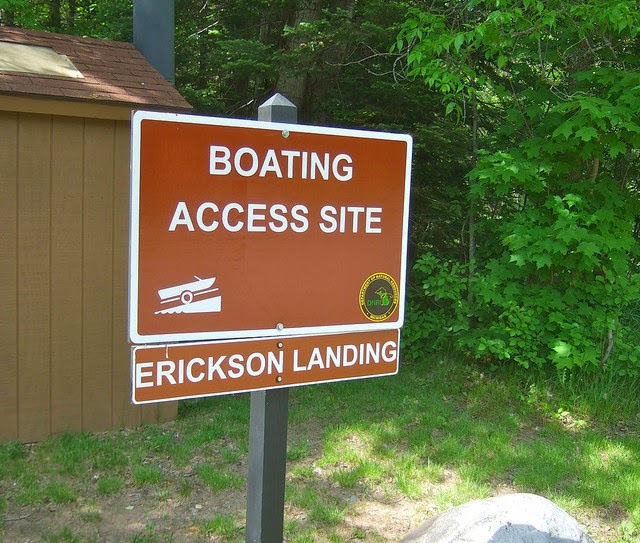 The river was fairly wide (~80’) and ranged in depth from knee-deep to waist-deep with a moderate flow. 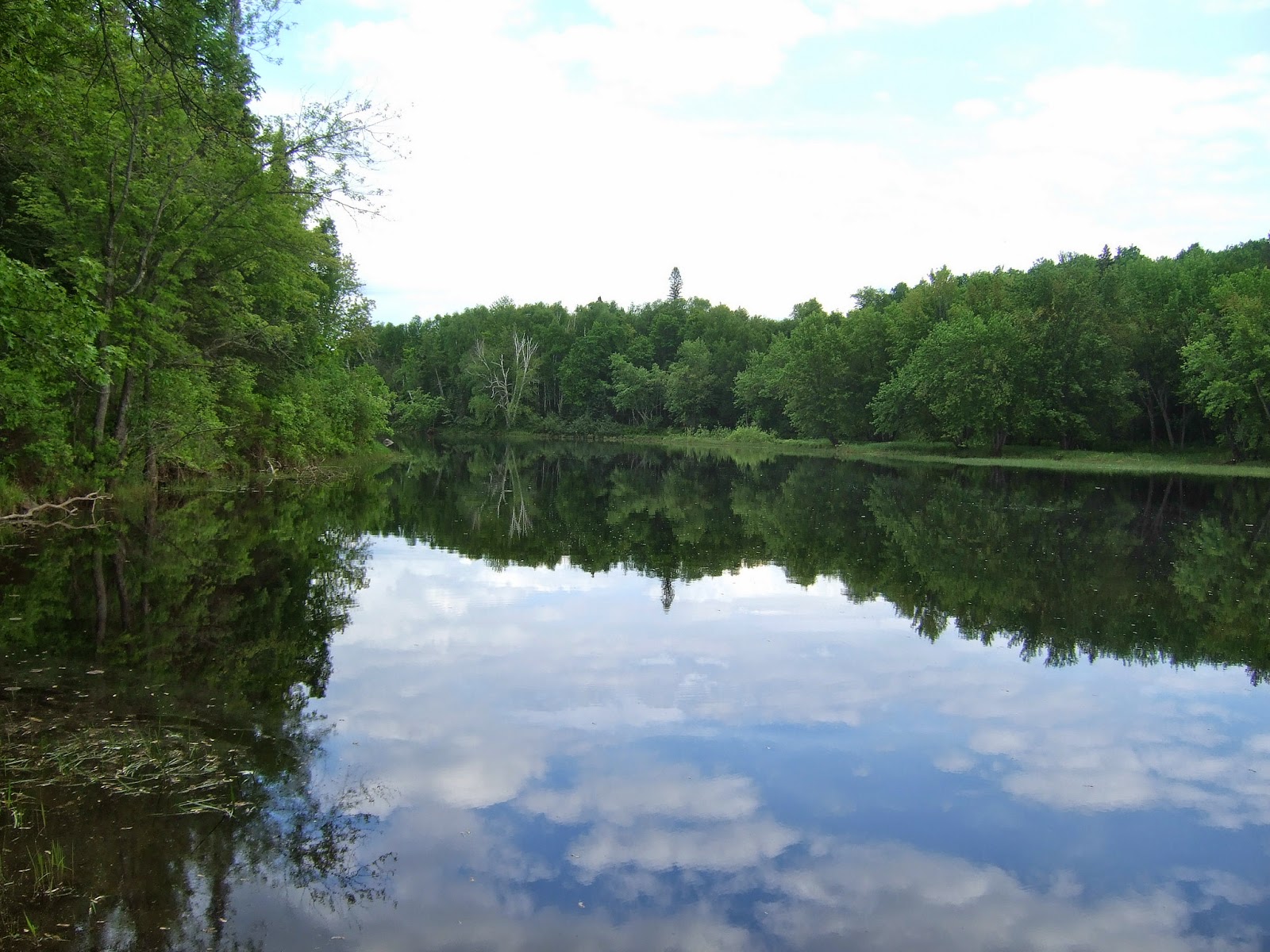 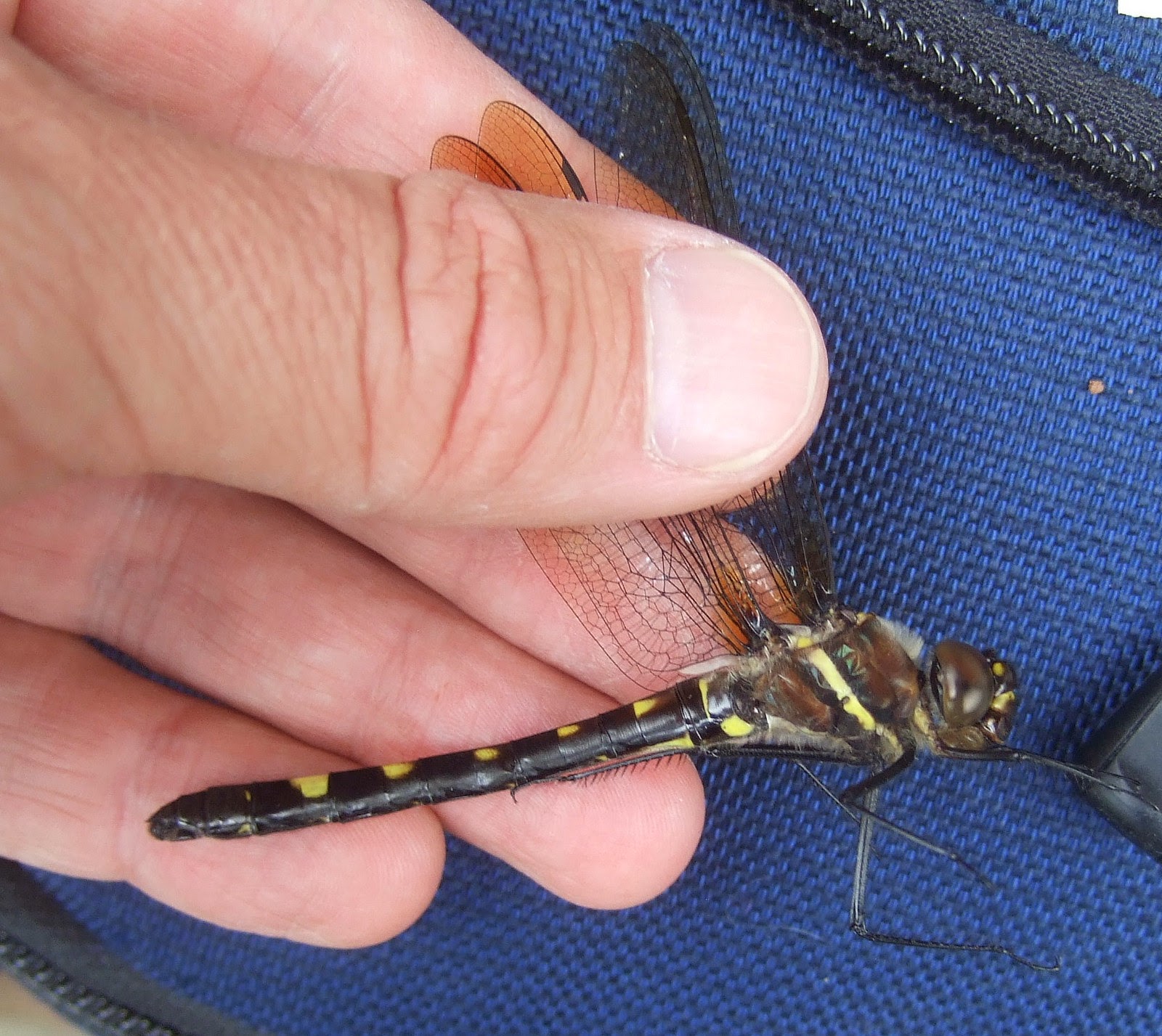 I have never seen so many Macromias flying in one place.  A couple of snaketails were observed, but too far away for a chance to ID.  At one point a female Twin-spotted Spiketail (Cordelegaster maculata) flew by and landed in a tree on the far bank.

Upstream from the boat launch was a small woodland creek with a gravelly bottom and a few silty areas.  A couple of fast-flying dragonflies eluded me and remain a mystery. 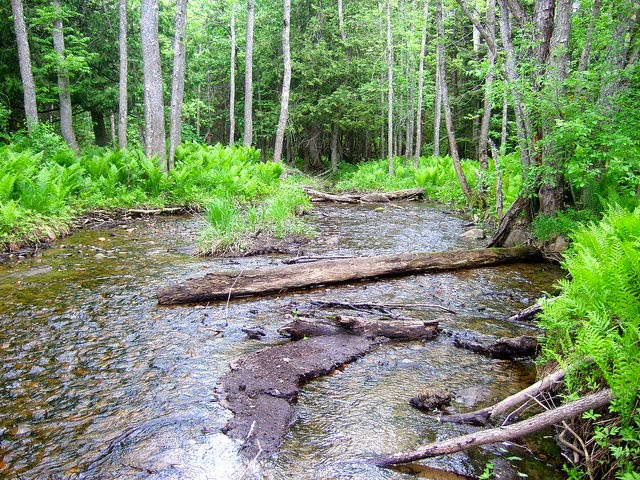 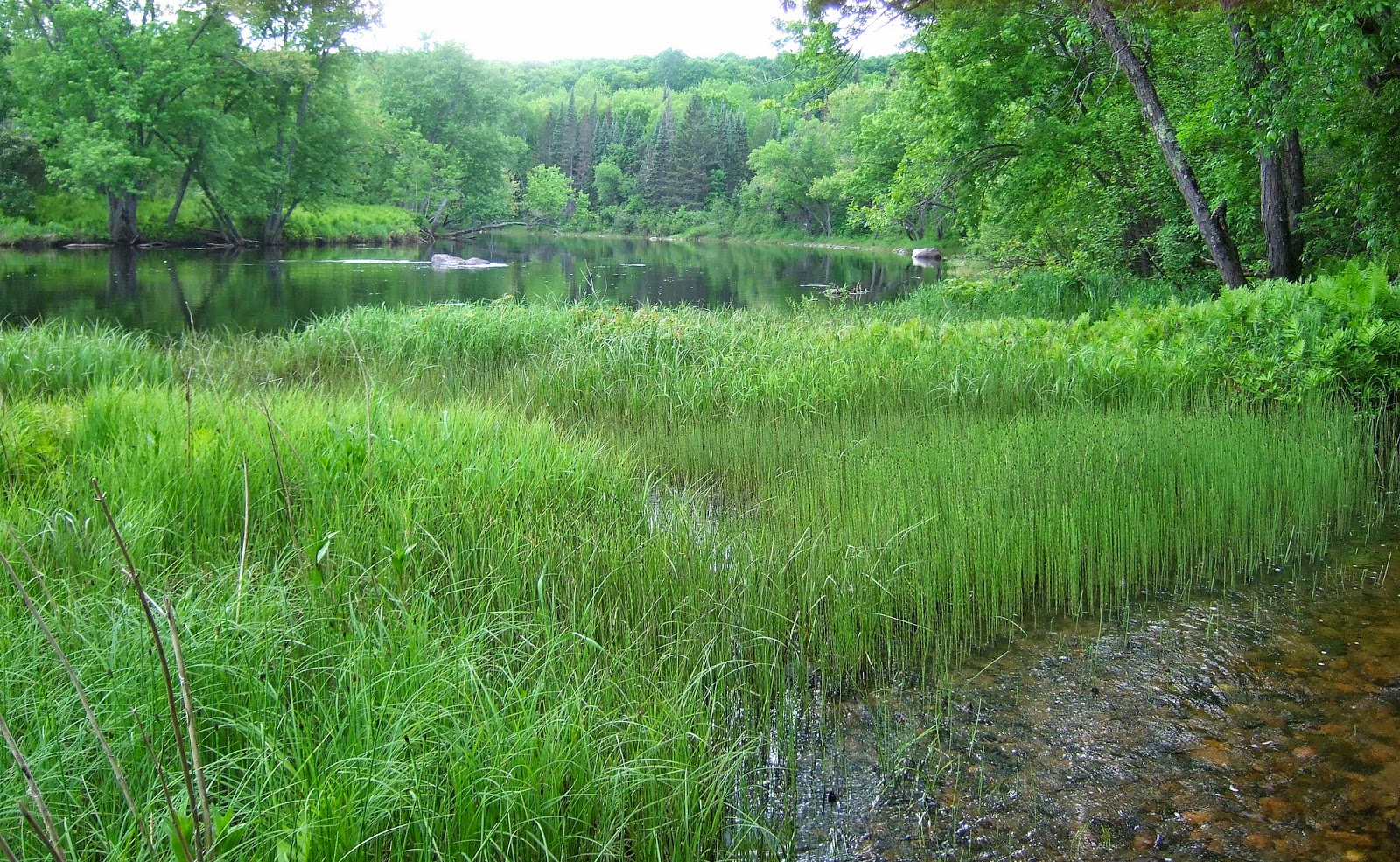 In this location I also found some baskettails, including this male Spiny Baskettail (E. spinigera): 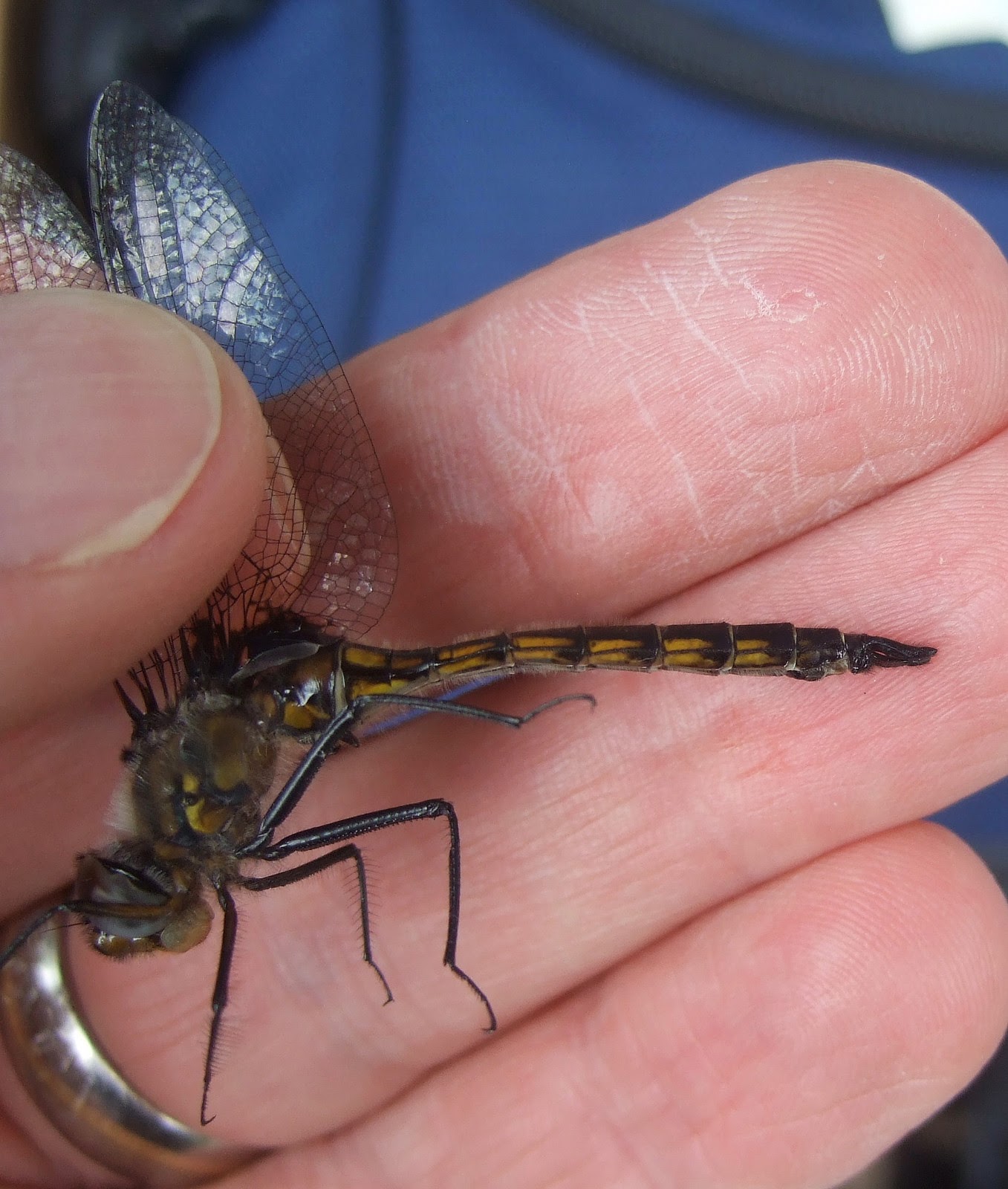 Only three exuviae were collected on the vegetation of the banks of the Paint River and the creek outlet.  These were the more common snaketails (O. rupinsulensis or carolus).

Unfortunately, this was the last stop with good weather.  The coming day called for rain, wind, and cooler temperatures.
Posted by Darrin OBrien 0 comments
Email ThisBlogThis!Share to TwitterShare to FacebookShare to Pinterest

Please note: Ophiogomphus howei is currently listed as threatened in Michigan, and collection of live specimens is prohibited without a state-issued endangered and threatened species permit (which we have).

Initially, I stopped at the boat launch on the NW corner of the intersection on June 11, 2014.  Here the Paint River has a high flow rate with slippery rocks that are larger in size.  Walking here was a bit tricky at times. It had deeper silt along the shore upstream.  The pictures below are deceiving since the knee-deep water looks so calm. 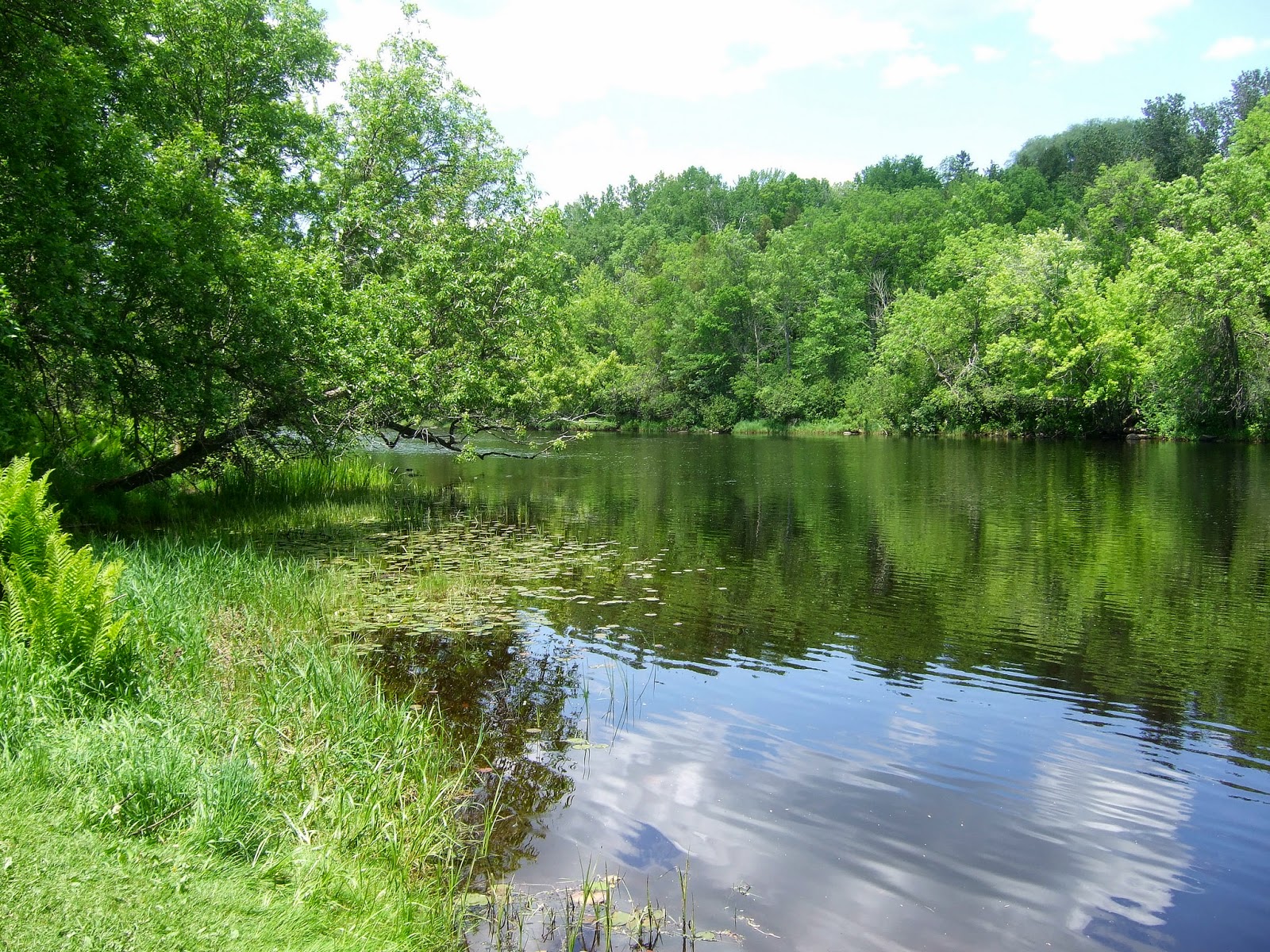 I ended up walking to the bridge abutment in the middle and found a few exuviae, but I only saw a couple adults flying: Four-spotted Skimmer (L. quadrimculata) and Swift River Cruiser (M. illinoiensis). 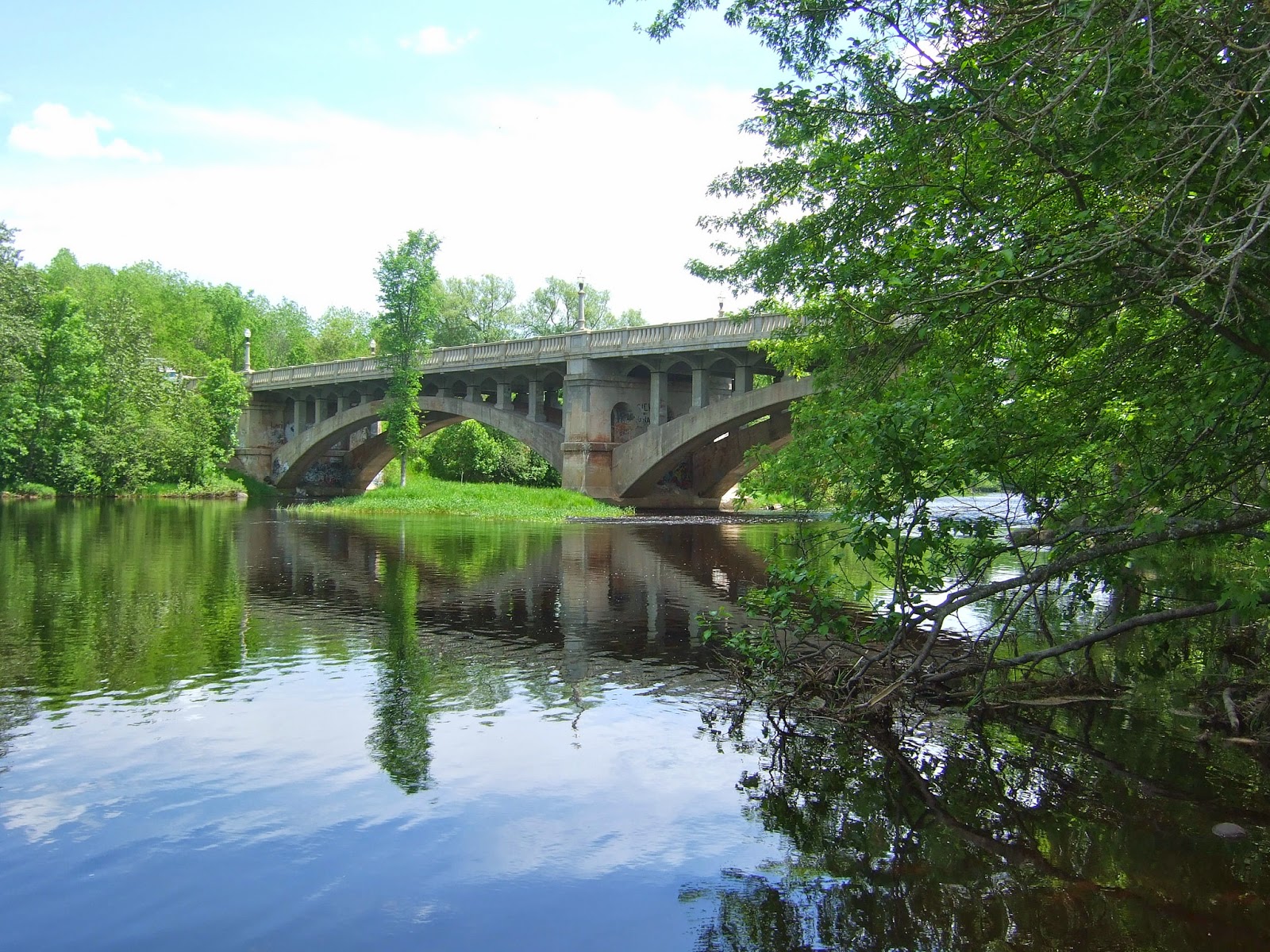 I could see a park on the east side of the river with a boardwalk, the Paint River Boardwalk which looked good for exuviae locations so I drove to that side. 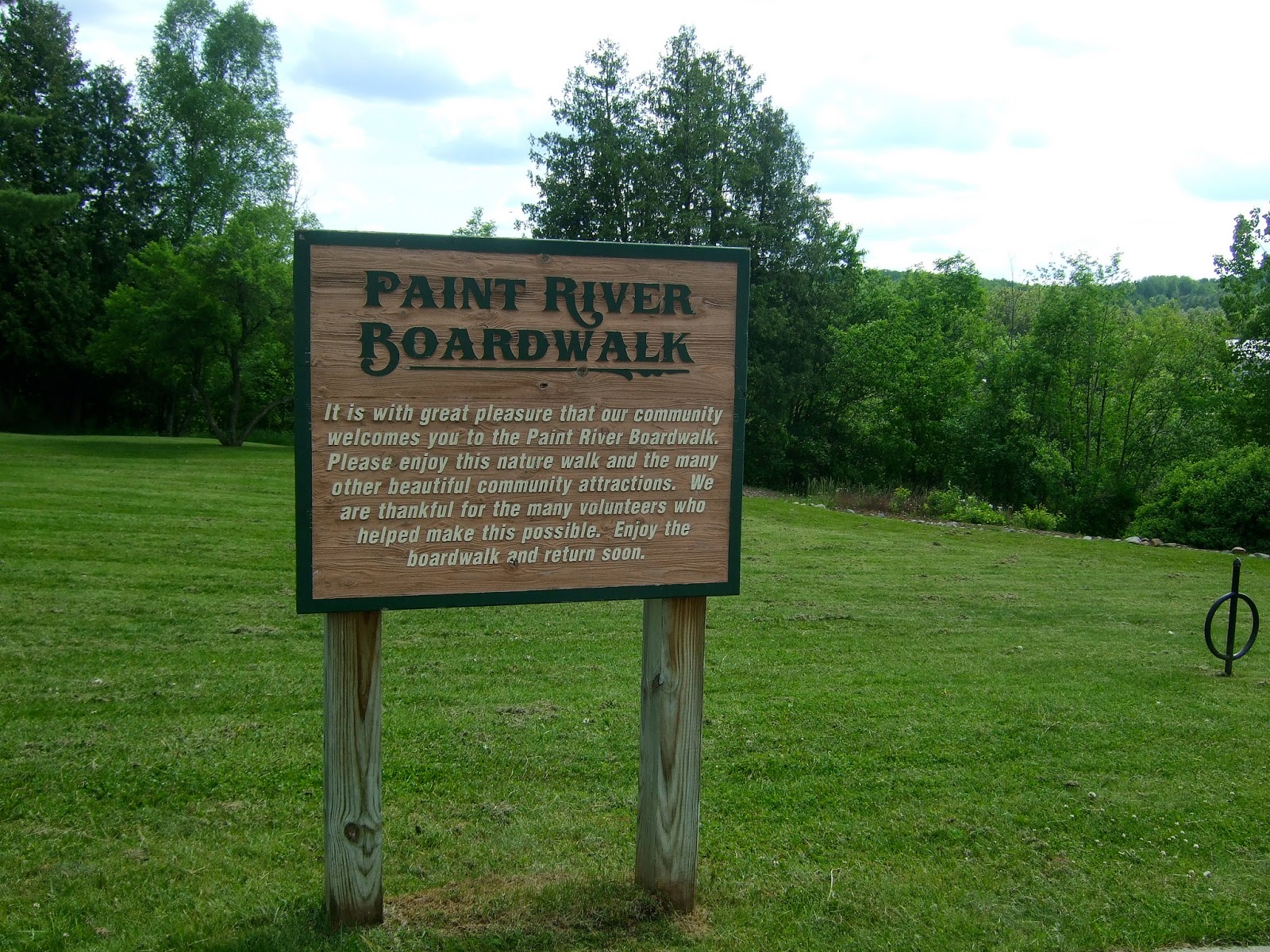 It was quite silty around the pilings of the boardwalk platforms, but I found several exuviae.  This also provided a good location for walking upstream in the river. 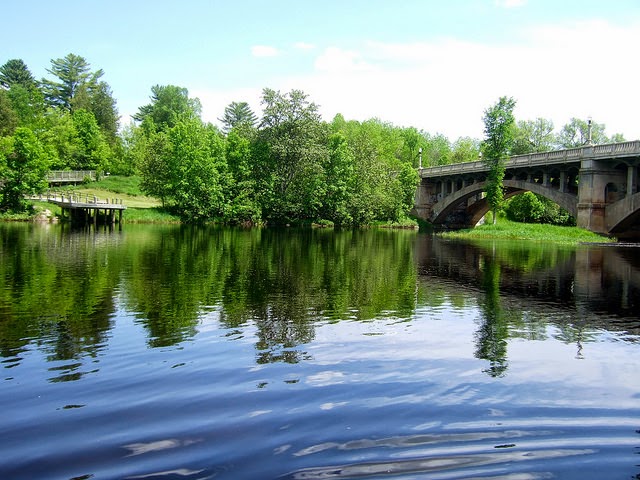 Here's the stripes of a male Chalk-fronted Corporal (L. julia): 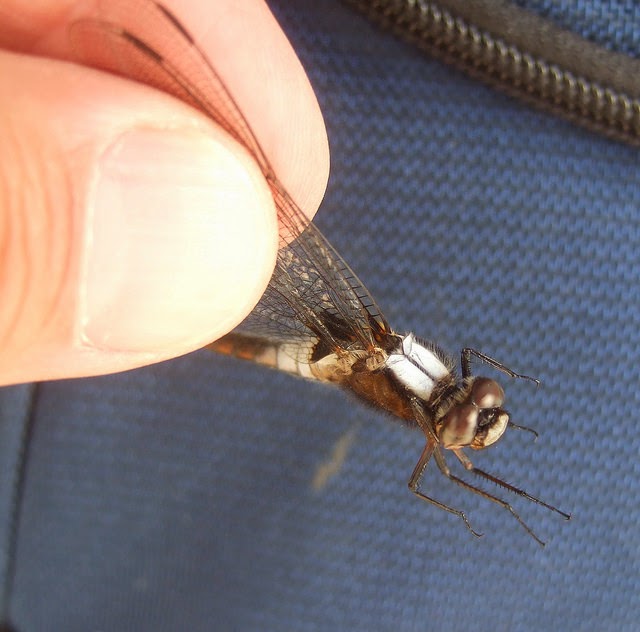 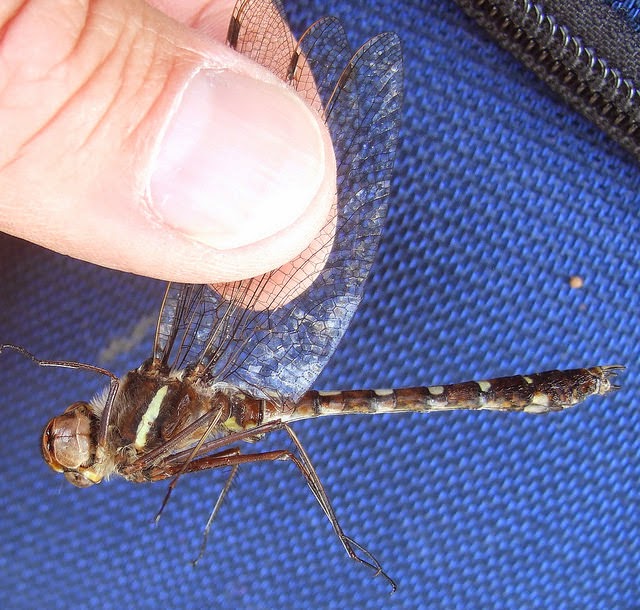 This is only the third county in Michigan to have the shadowdragons confirmed.  It's great to find some unexpected species.  Some day I'll have to try to find/"see" adult shadowdragons.

As noted in a previous post, I was searching for evidence of two rare snaketails (Ophiogomphus) in the western UP (upper peninsula) of Michigan.  Dave Cuthrell from MNFI gave me information of previous locations in and around Iron County of Pygmy Snaketail (O. howei) and Extra-striped Snaketail (O. anomalus). 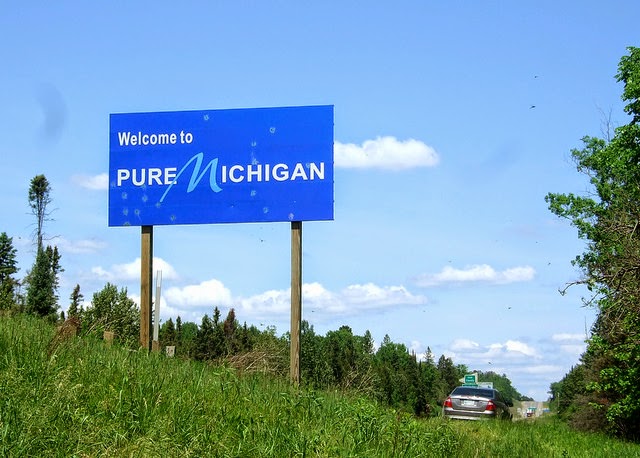 On Wednesday, 6/11/14, I took off from Houghton Lake in the rain, but that was OK since I had a 6-hour drive ahead of me to get to Iron County in the western UP.  The radar showed that I should be driving out of the rain during the morning so I had hoped for good weather at midday when I arrived.


Highway 2 was my route for most of the drive and is quite scenic along the north end of Lake Michigan.  I had no time to stop since the Ophiogomphus (ii) were waiting for me.  This highway dips down into Wisconsin before turning north back into Michigan.  In this area the Brule River is the border between the two states. This bridge crossing has a great pulloff and access to the water. 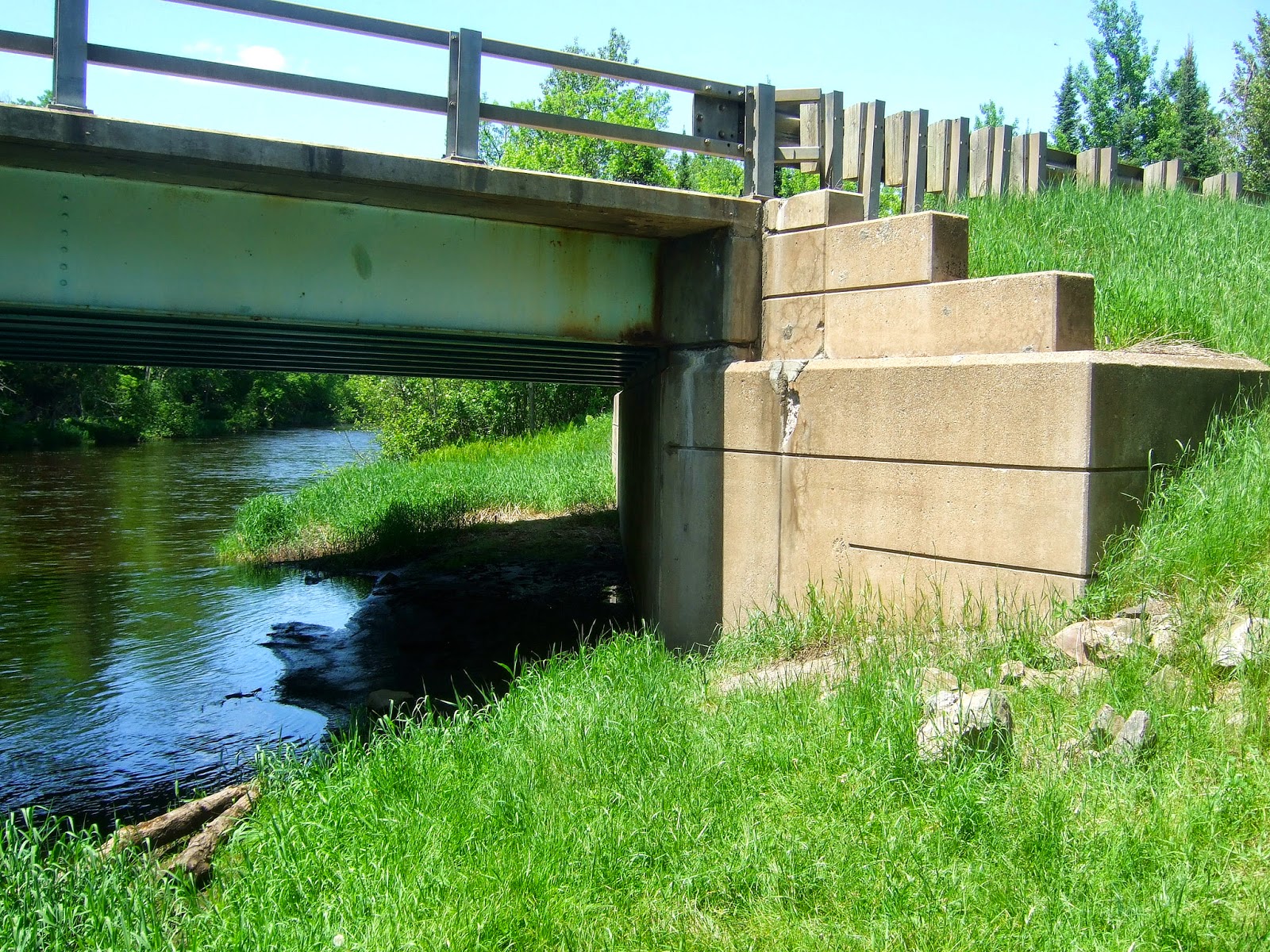 The river here had a moderate flow and was generally knee-deep with a gravelly substrate, a few larger rocks under the bridge, and some silty areas near the bridge abutments or bends in the river.  There was also a small, cold stream entering on the downriver side of the bridge.  This stream was only an inch or two deep and about a foot wide. 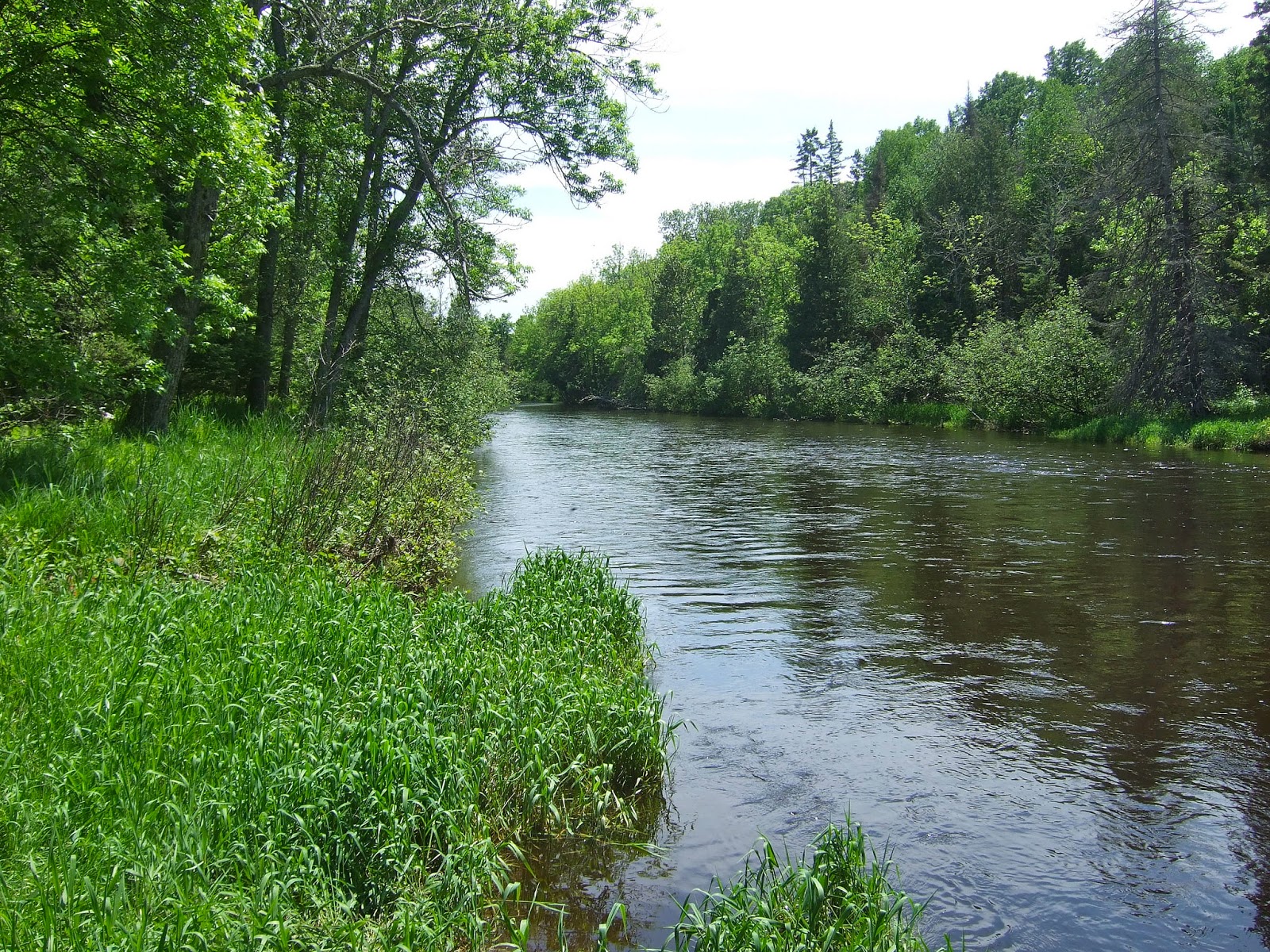 Upon exiting my car, I was amazed at the swarm of baskettails (Epitheca sp.) over the road.  Quickly netting one confirmed a Beaverpond Baskettail (E. canis) and it appeared that most were this species with the distinctive cerci. 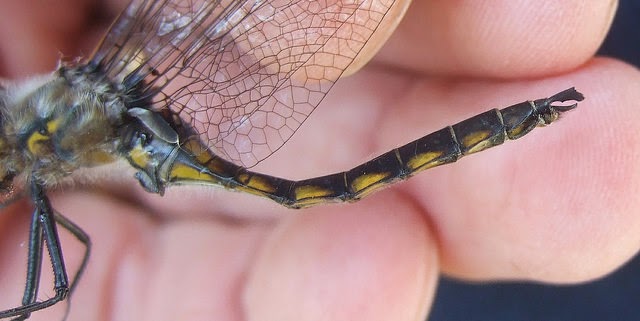 Knowing that my target species of Ophiogomphus would be difficult to find or catch over the river, I initially checked under the bridge for exuviae (or larval skins).  Jackpot!  I hadn’t studied the features or shapes of the intended species, so I collected all that I could find knowing I could potentially add a species to the county list or expand the known distribution of others.  I had a zip-lock bag that I clipped to my pack and filled it up with 30 exuviae.  As of today, I’ve made my attempt for species IDs of these exuviae and Ethan Bright has offered to examine the undetermined ones. (two dozen Ophiogomphus rupinsulensis or carolus ?,  one Ophiogomphus anomalus, Ophiogomphus sp.?, one Macromia illinoiensis,  and one Calopteryx aequabilis).  The Extra-striped Snaketail (O. anomalus) confirms a new location for the species!

Here's an example of an Ophiogomphus exuvia on the bridge: 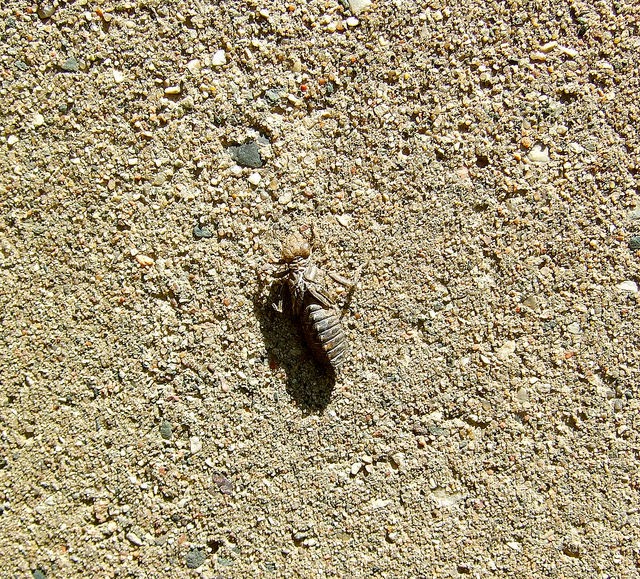 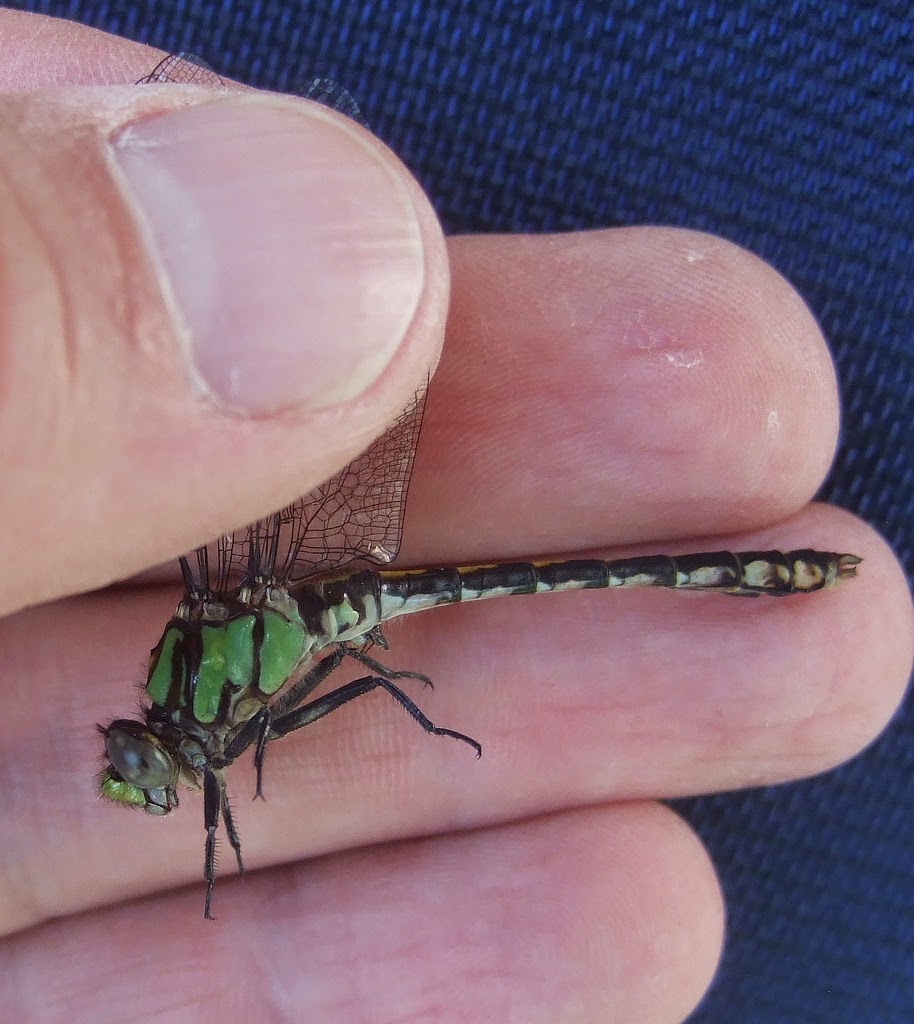 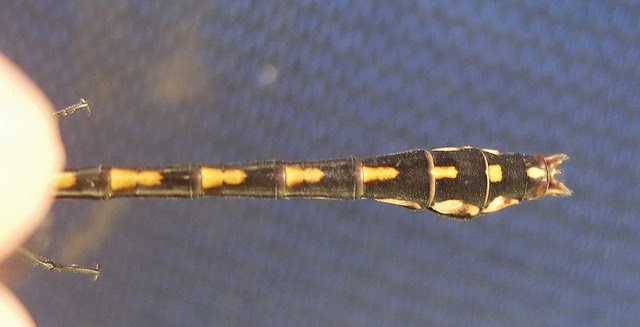 Success with finding one of the two target species (O. anomalus), thanks to the larval skin left on the bridge or nearby vegetation.
Next stop: the Paint River