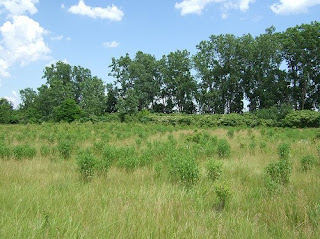 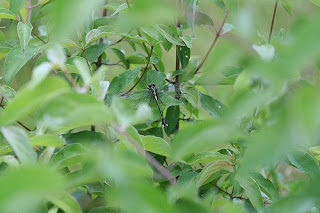 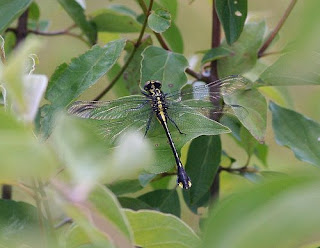 I have a feeling I know what we'll be doing next weekend.
Posted by JAC 0 comments
Email ThisBlogThis!Share to TwitterShare to FacebookShare to Pinterest 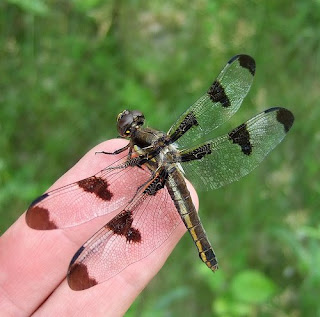 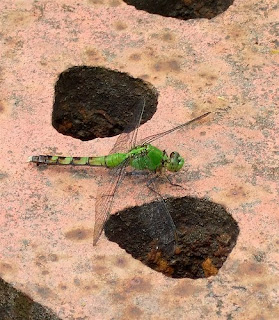 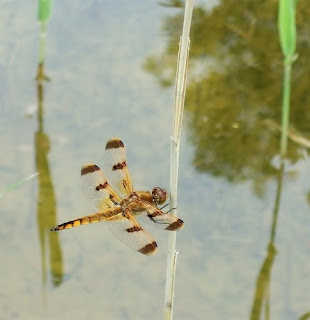 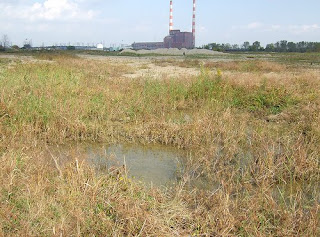 What will we find next week?
Posted by JAC 0 comments
Email ThisBlogThis!Share to TwitterShare to FacebookShare to Pinterest 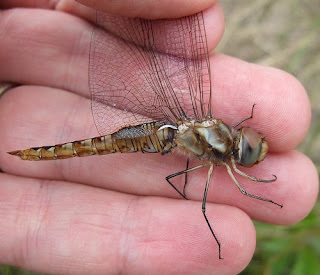 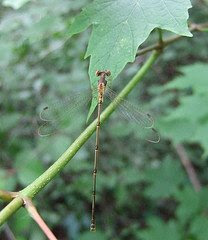 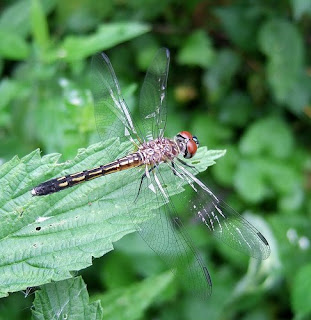 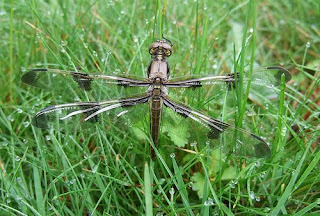 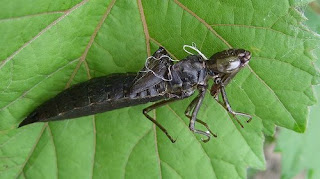 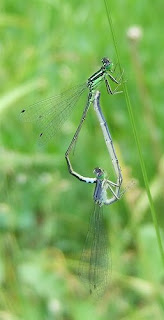 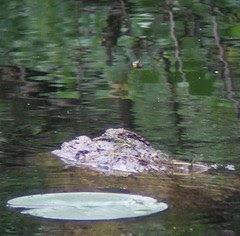 I was fortunate to make a business trip to Weilimdorf, Germany at the end of last month. This is basically a suburb of Stuttgart.

Upon arriving on the trans-Atlantic flight I had jetlag and decided the best thing to stay awake would be a walk up to Gruener Heiner (a large hill made of WWII debris with a wind turbine at the top). 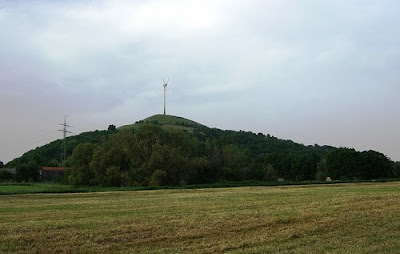 While walking to the hill, I found a little man-made pond in front of a home/office furniture store. The photo below is from the top of Gruener Heiner and the store with the pond is located near the left center area of the photo and is the grayish colored building beyond the freshly-cut hayfield. 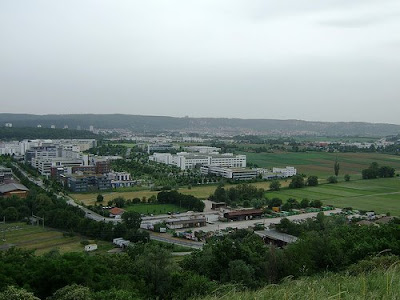 Initially I didn't think about insects at this pond, but my foggy mind soon realized there were dragonflies buzzing about the edges.

There were 3 or 4 Four-spotted Skimmers (Libellula quadrimaculata), aka Four-spotted Chaser in Europe. These were the only Anisoptera observed here. 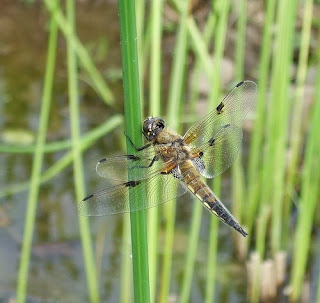 I ended up being challenged by the Zygoptera since there were many individuals of various sexes, ages, and species. Here are three of the species: 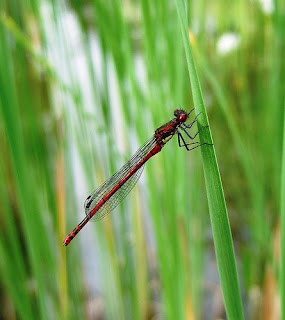 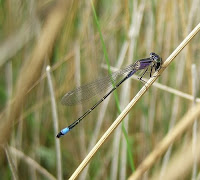 Azure Damselfly (Coenagrion puella). The black u-shaped pattern on S2 is diagnostic for this species. 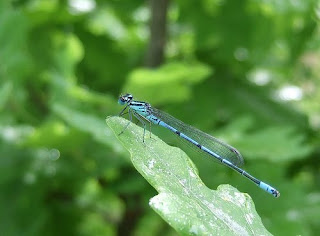 Up on Gruener Heiner, I did find another species of Zygoptera but they were too wary to allow a photo (or maybe my jetlagged reflexes were too slow?). It was a jewelwing or demoiselle (Calopterex sp., maybe Calopteryx virgo?). I didn't even note fieldmarks since I was then distracted by a singing Blackcap (the warbler, not the fruit).

Hopefully I can take Nannothemis overseas in the future for some ode hunting. Thanks to her for ID'ing the species from home while I was in business meetings the next day.