The insect season is officially underway.

While doing a bird survey at UM-Dearborn today (April 25, 2009), Nannothemis and I found our first dragonflies of the season for Michigan. We saw at least 3 male Common Green Darners (Anax junius) at/near Fairlane Lake at the Henry Ford Estate.

Here is one of the males that cooperated. 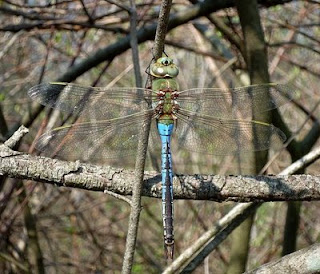 We also found a coupled pair at a wet spot about a mile from campus.

What will be the next species found this year?
Posted by Darrin OBrien 3 comments
Email ThisBlogThis!Share to TwitterShare to FacebookShare to Pinterest

Paulson guide is out!

Dennis Paulson has forgotten more about Odonata than we will ever know. His new field guide, Dragonflies and Damselflies of the West

is now available. From what I hear (and fully expected) is that this is a fantastic book full of information even if you've never crossed the Great Plains (he's completing an eastern guide as well). Pick up yours today! 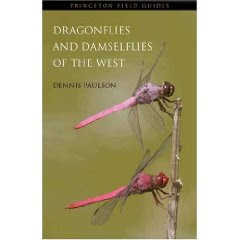