2010 is turning out to be a great year for insects. Nannothemis and I haven't seen such a good season for dragonflies in SE MI in years. The diversity and abundance of individuals is exceptional.

1. Azure Bluet (Enallagma aspersum)
One of the parks visited during my lunch hours is Robert H. Long Park in Commerce Township, Oakland County, Michigan. On June 4th, I found several individuals northeast of the covered bridge in the swampy area before the woodlot. It's surprising to me that this species hadn't been noticed previously, since I have visited the park for at least 7 years or that it hadn't been collected for the county.

Here's a shot of a male: 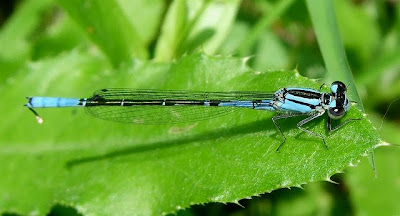 Here's a shot of a female: 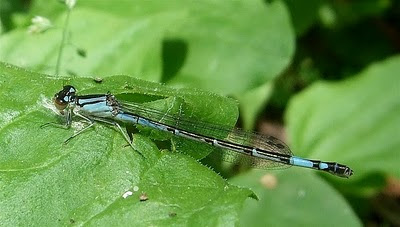 2. Swamp Darner (Epiaeschna heros)
This has been a good year for the presence of Swamp Darners in SE MI as we have noted them in several areas and multiple individuals at some locations. For some reason this species was missing on the list for Oakland County. On June 11th, I visited a soon-to-be subdivision in Novi that bordered mature woods and found a male patrolling the edge.

A close-up of this large species: 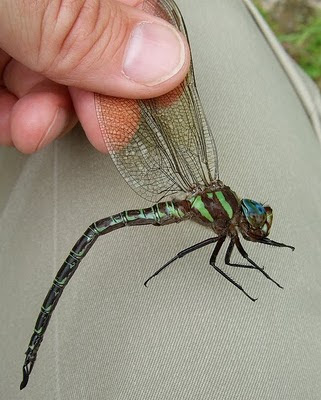 ...and a shot showing the habitat in the background: 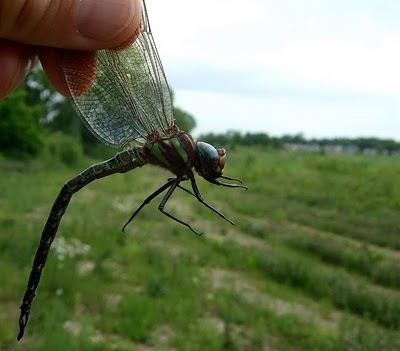 3. Blue-fronted Dancer (Argia apicalis)
I've been surveying insects and birds around the campus at work in Farmington Hills as a baseline. We now have a Sustainability Initiative and will plan to improve the landscaping and water areas. Currently, we have the stark, industrial landscaping that was typical of years past. On June 17th, I found a female trapped in a covered walkway. Without thinking much about this fairly common species, I plucked her from the window and released her to the great outdoors. However, while checking my list and database I learned this species was still missing for the county.

Then on June 25th, my boss and a co-worker joined me for a lunchtime walkabout and we found a few individuals. They said they'd catch one for me by hand. I warned them that the dancers are quite skittish and difficult to nab, but they tried anyway. (a video should have been taken) I ended up going to my car for the net while they "staked out" a male. Once again, I should have taken a photo. (How many engineers does it take to catch a dancer?) 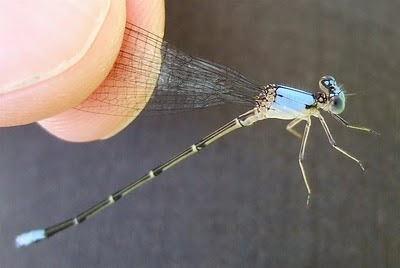