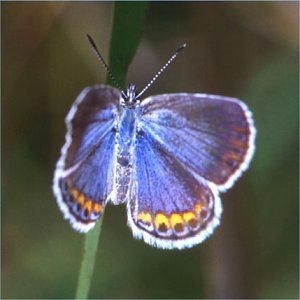 Another depressing example of the far reaching effects of our ignorance. There are repercussions to introducing any exotic species. And yet somehow, we continue to think that we know better than Nature. Has there ever truly been a success story to introducing an exotic? Seems like some other species always suffers.

Hello from the Pine Bush, in Albany, NY! Karner Blue Butterflies are at risk again!