Ode habitats in the Nicaraguan department of Matagalpa

As a followup to the Nicaraguan ode shots in the previous post, I thought I'd include some habitat shots in the area of the Matagalpa department.

Our cabin on the hill, near the main buildings. The Red Rock Skimmer (Paltothemis lineatipes) seemed to prefer hunting and clinging to the exterior walls of the cabin. The Turquoise-tipped Darner (Rhionaeschna psilus) was patrolling the hillside. 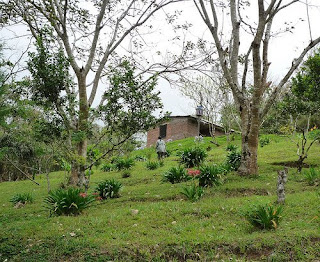 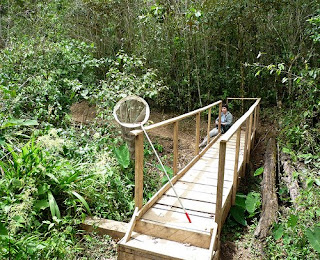 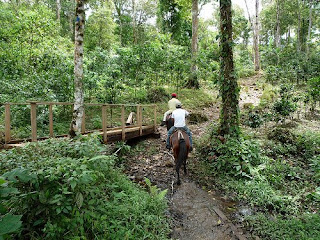 -- Red trail creek: no GPS reading since I saw no odes ;^( However, a group visiting in a previous year found a helicopter damselfly along this creek. 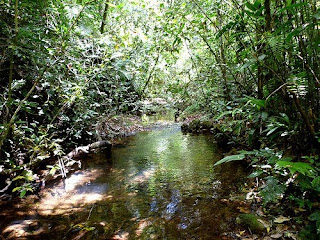 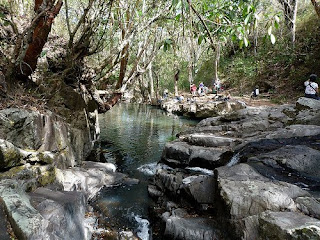 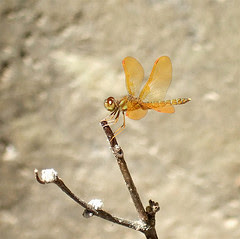 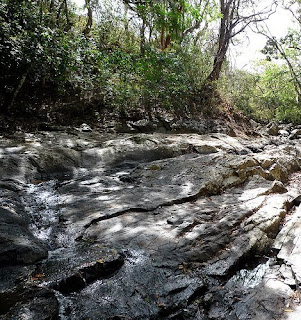 Finally, the female Carmine Skimmer Orthemis discolor was found about 100m down the road from the homestead. 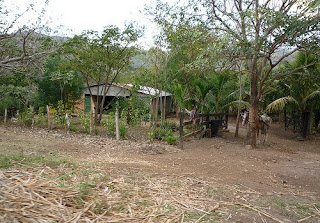 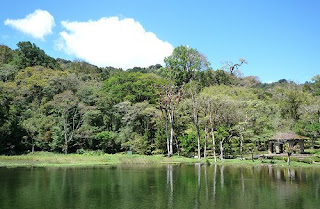 A few small streams flow from the mountains down toward the lake. 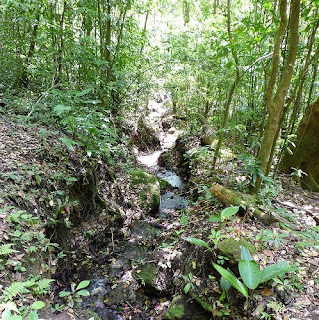 In the next post, I'll show habitat at Domitila in the dry, tropical forest of Nicaragua.
Posted by Darrin OBrien
Email ThisBlogThis!Share to TwitterShare to FacebookShare to Pinterest