We made a return trip to Nicaragua in March 3-12, 2011. Our main task was to help with a bird banding project again, but we also did ode surveys at several locations -- and we had permission to net and release at each location, which was a big help. We ended up confirming 20 species, with a few other possibles, which isn't too bad considering that our visit was during the winter months.

Finca Esperanza Verde and General Nestor's were both visited in our 2009 trip which is summarized here. The numbers of individuals seemed to be greater this year than during the 2009 trip. This could have been due to the wetter fall/winter due to the La Nina year.

The new locations we visited were a stream crossing near Yucul due to a flat tire and El Jaguar Reserve. 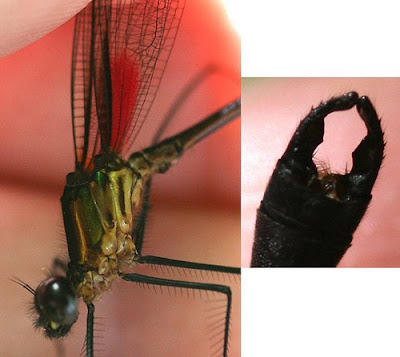 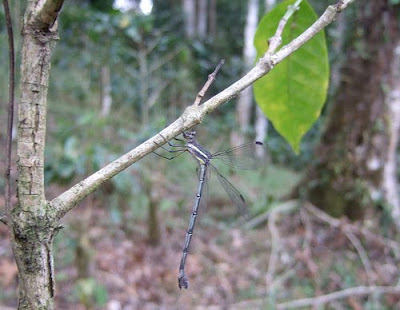 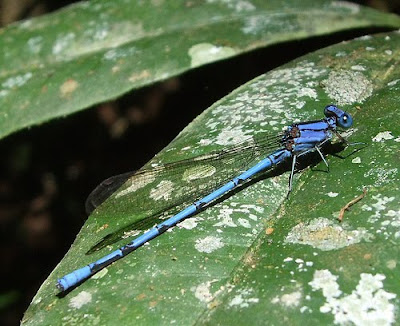 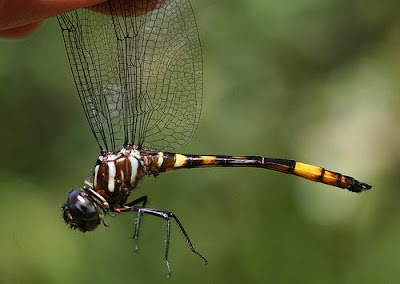 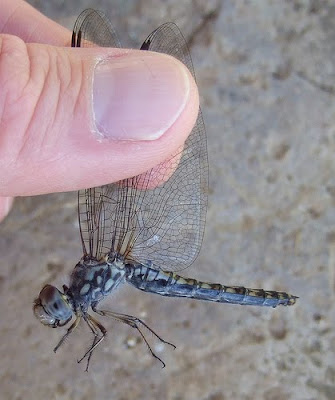 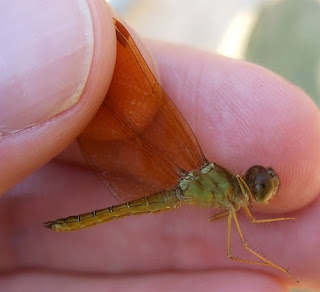 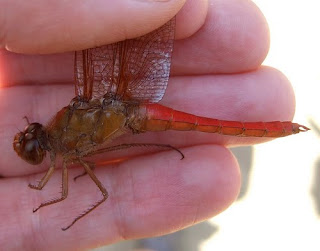 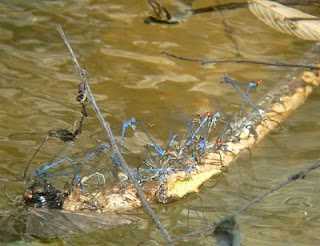 A gathering of Argia (Nannothemis did a slip-and-slide, killing her camera in the process). 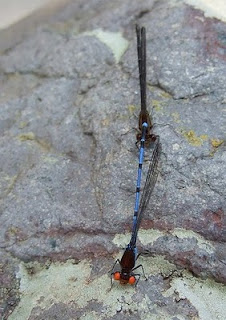 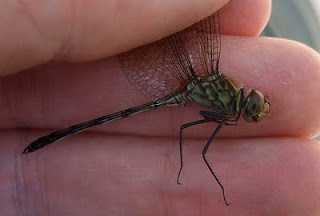 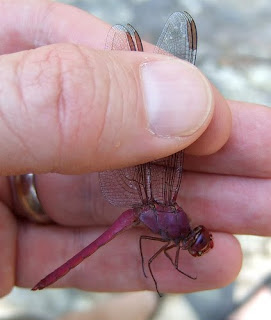 Male skimmer (Orthemis sp.), debate whether this is ferruginea or schmidti
Coincidentally, there is the same area we had a female Orthemis 2 years ago that was confusing. 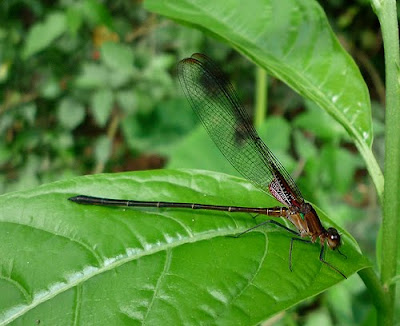 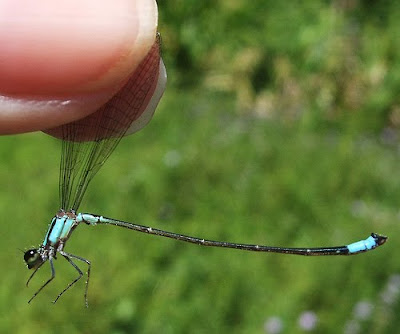 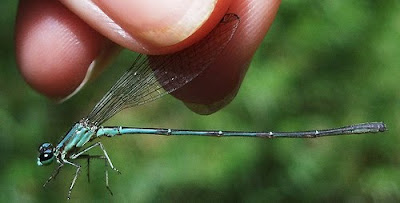 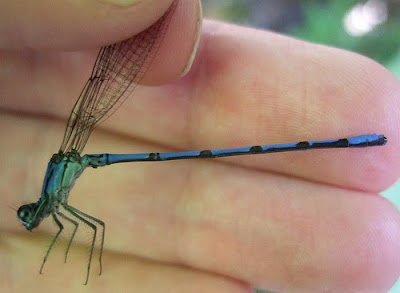 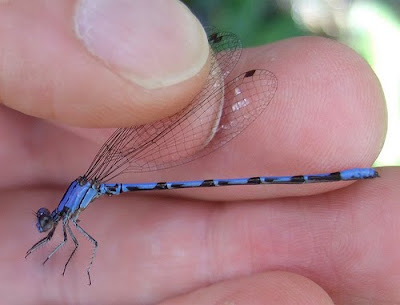 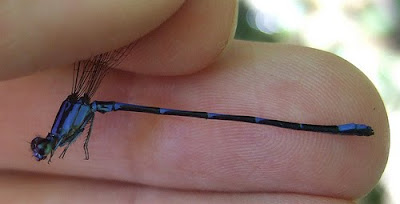 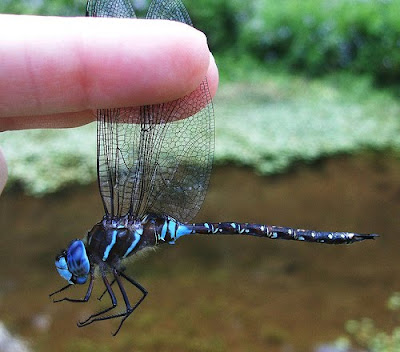 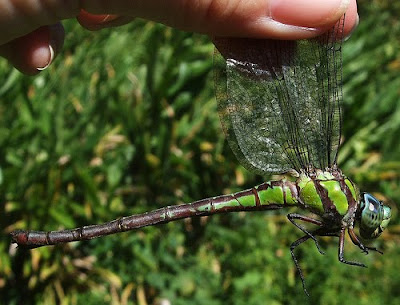 Female Malachite Darner, Remartinia luteipennis, ovipositing on the pond of Ariel El Dorado. A male was captured in the bird banding nets in the coffee area as well. 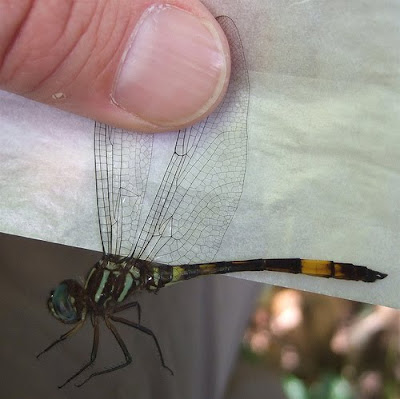 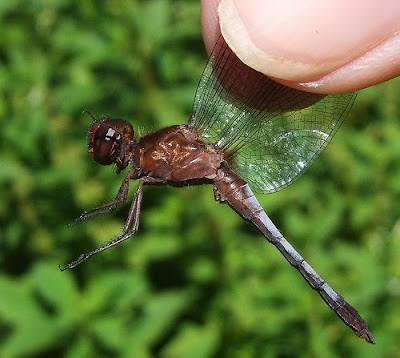 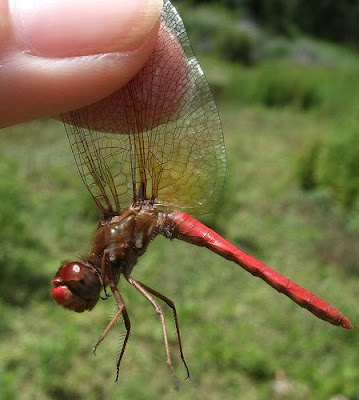 Species richness could be much greater at all of these locations during portions of the year with warmer and wetter weather. Hopefully, we'll be able to visit again in future years.
Posted by JAC
Email ThisBlogThis!Share to TwitterShare to FacebookShare to Pinterest

Absolutely beautiful. It seems that your trip was fruitful. The odes are so colorful.

We had a great time and it seems that the La Nina year helped with increased ode numbers this winter.