I spent a few days in and around Yuma, Arizona this week and only found two species of dragonflies. Of course, the primary purpose was visiting family, but I kept an eye out for insects.

#1 = Variegated Meadowhawk (Sympetrum corruptum)
This species was observed a few times at various locations near canals. This cooperative female was found in some saltbrush flats east of Tacna on November 23rd: 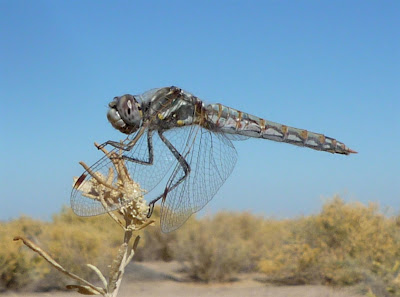