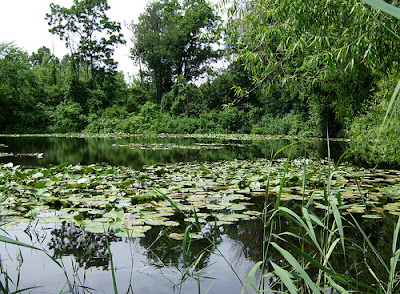 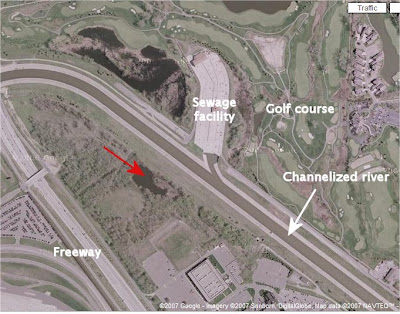 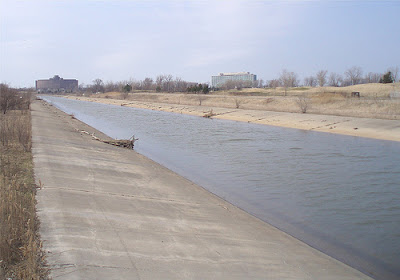 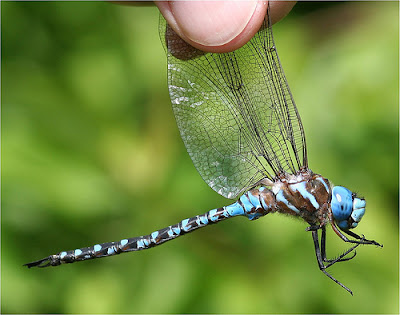 This is the most beautiful of our darners, I think. This individual was bit battle-worn, missing half a leg and one foot. We did not observe any females, and the fish in the pond would prohibit much successful reproductive activity. So far, this has just been a terrific year for odonates -- nearly every species in abundance and in new places. To a great extent this likely reflects past conditions (up to two years ago) that allowed for greater dispersal of adults followed by increased survivorship of eggs and larvae.
Posted by JAC
Email ThisBlogThis!Share to TwitterShare to FacebookShare to Pinterest

Great pictures - having an interest in Dragonflies and Damselflies, I know how difficult it is to photograph them. Wonderful article.

Thanks for the comment, mary lou. Good luck getting some photos in the upcoming season. I can't wait until the odes start flying here in Michigan. However, we received several inches of snow last night so I'll have to wait a bit more.

Hello-
What species exactly is this Darner? I may be missing where you state the information.
Thanks!