As a followup to the 2011 Nicaraguan ode shots in the previous post, here are habitat shots to help give a sense of the terrain.

This post will focus on our visit to a finca in the department of Jinotega.

-- Ariel El Dorado, near Forest MoSI station: 13.234785, -86.054017, 1270+ m
During our first full day (March 9th) we visited the forest MoSI station. A large tree had fallen near the bird banding station which created a sunlit patch in the forest and several teneral or young damselflies were present. 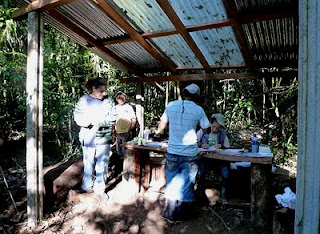 The stream is rocky in the forest area, and the sunny rocks are ode hotspots: 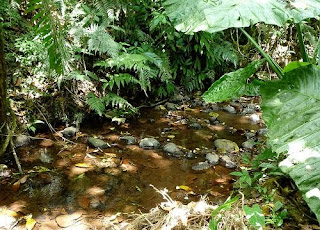 The wide spot downstream was truly the ode hotspot we found at El Jaguar. The edges were quite silty and could "swallow a man alive". With a little caution, one could navigate the edges. 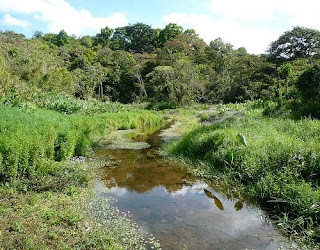 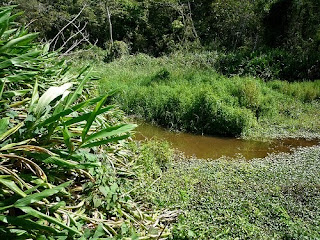 -- Finisterra, below the Coffee MoSI station: 13.233472, -86.051930, ~1273 m
This is also a small stream that runs through the hills, but its origin is in the neighbor's property. This waterway had the fewest dragonflies and may be due to the neighbor's use of chemicals for agriculture and/or soaps for washing. 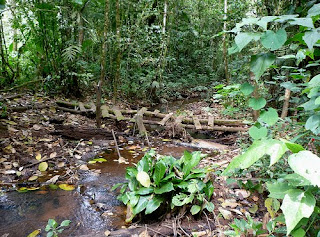 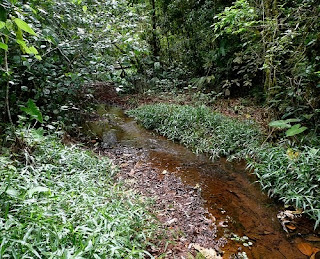 -- two-tracks in the finca
The roadways throughout the farm also provided areas to find patrolling darners, skimmers or ode hunters. 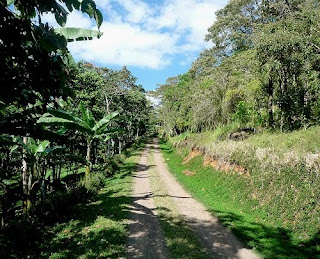 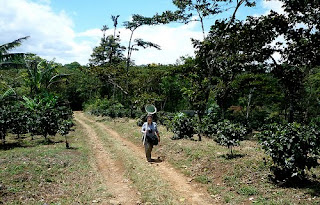