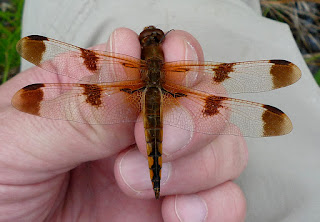 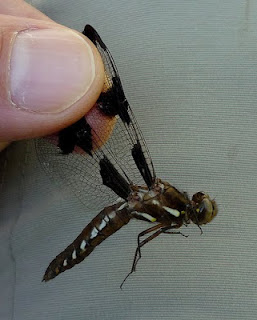 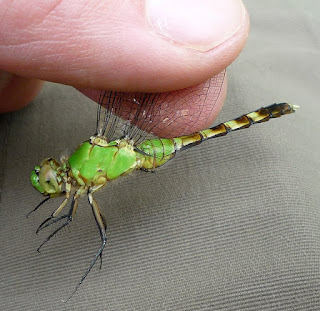 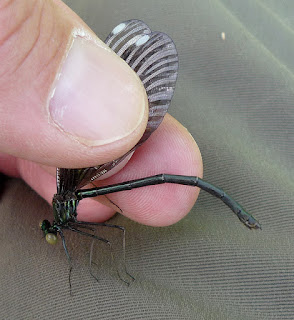 Unfortunately, we haven't been able to get out in the latter half of May as I would have liked. However, there were several species observed in passing:
- Marsh Bluet (Enallagma ebrium) at UM-Dearborn on 5/19
- Unicorn Clubtail (Arigomphus villosipes) at UM-Dearborn on 5/19
- Sedge Sprite (Nehalennia irene) west of Ann Arbor on 5/20
- Prince Baskettail (Epitheca princeps) west of Ann Arbor on 5/20
- Black Saddlebags (Tramea lacerata) in Farmington Hills on 5/25
Posted by Darrin OBrien 0 comments
Email ThisBlogThis!Share to TwitterShare to FacebookShare to Pinterest

Today during lunch, I found a single Variegated Meadowhawk (Sympetrum corruptum) at my workplace in Farmington Hills, Michigan. I know this species has also been observed this spring in Ohio and Ontario this spring. Maybe this will the year to add this species to several Michigan County lists?
Posted by Darrin OBrien 8 comments
Email ThisBlogThis!Share to TwitterShare to FacebookShare to Pinterest
Newer Posts Older Posts Home
Subscribe to: Posts (Atom)